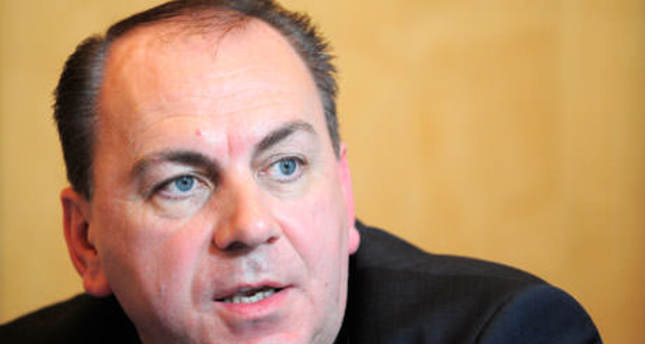 by Jan 22, 2015 12:00 am
Europe has squandered three years of opportunity to conduct badly needed economic reforms, former Bundesbank chief Axel Weber said yesterday, warning the European Central Bank (ECB) against taking too much action to compensate for the governments' failure to act. The ECB has come to the rescue of the eurozone on several occasions since Greece nearly dragged down the bloc with its debt, with the bank unleashing an arsenal of unconventional measures since late 2011 to calm jittery markets. However, growth remains sluggish, unemployment is stubbornly high and the eurozone is now in danger of sliding into deflation, forcing the ECB to consider deploying yet another unusual measure - this time the massive purchase of sovereign debt.

"The real issue is the ECB has continuously bought time for European policy makers to fix the issue," Weber said. But "they didn't do that" in the past few years. "Now Europe's not back, the problems are back; now you have to [conduct the reforms] under the scrutiny of the international financial markets. Europe has lost the good opportunity to do many necessary things they could have done in a more benign environment."

Weber also urged European central bankers to consider if it is time to pull the plug on aid to boost growth in the bloc, and said that governments should not pass the buck. "The ECB can only be part of a fix in Europe. In my view, they shouldn't go too far because [as they do more], there is the incentive for governments to do less. And the problem is if you continue to buy time and the time is not used for reforms, you have to ask yourself if more of the same is the best recipe," he said.

The ECB was modeled after the once mighty Bundesbank, reputed for its unflinching anti-inflationary stance. But as the eurozone crisis unfolded and deepened, the Bundesbank's imprint on the institution began to fade. Weber quit in 2011 because of unease over the bank's looser monetary policies.