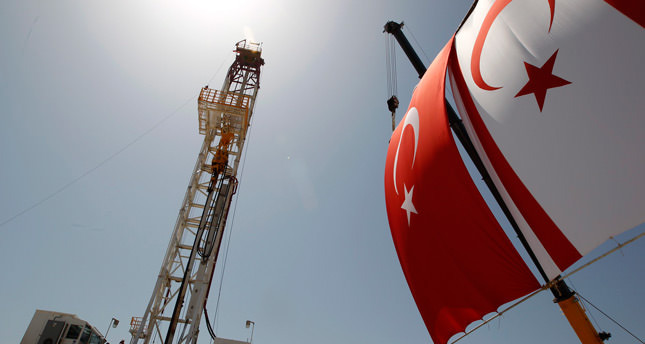 by Jan 29, 2015 12:00 am
Greek and Turkish Cypriots should both agree to suspend the search for offshore natural gas until they have reached a settlement to reunify their divided island, the chief Turkish Cypriot negotiator said on Tuesday.

The island's hopes of a natural resources bonanza were dealt a blow last week when it emerged that France's Total was likely to abandon its current search for oil and gas off Cyprus after finding no tangible evidence of reserves. Ergun Olgun, the Turkish Cypriot negotiator, accused the Greek Cypriot side of using gas exploration as "a pretext to continue with the perpetuation of the status quo in Cyprus".

Both sides should agree to suspend exploration to open the way for a resumption of the peace talks, he told in an interview. "We will hopefully look forward to finding an arrangement during which both sides will refrain from continuing activities in the sea, get to the negotiating table and find a way as to how we are going to deal with the hydrocarbons issue," Olgun said.

Natural gas was discovered off Cyprus in 2011. Greek Cypriots, who run Cyprus's internationally recognised government, have licensed exploration sites to several international energy companies in an area south of the island. A Turkish company sent a research vessel into the same area in October, prompting Greek Cypriots to suspend peace talks with Turkish Cypriots saying the move was provocative.

Greek Cypriots say Turkish Cypriots can share the potential benefits of energy exploration, but only when there is a peace deal. Turkey alleges that Greek Cypriots are exploiting the island's natural resources for their own gain.

Finding oil or gas could be a blessing or a curse, Olgun said during a visit to Brussels where he was holding talks with European Commission and European Parliament officials. "Unfortunately Greek Cypriots have managed it in a way that has turned into a curse so far. But we can turn it into a blessing with the understanding that we will benefit from hydrocarbons following a settlement of the Cyprus issue," he said.

The recent slide in energy prices was not helping the case for exploration off Cyprus, Olgun said. "Why should we artificially put before a Cyprus settlement an issue which economically is not making any sense any more? Petrol companies are withdrawing their interest...," he said.