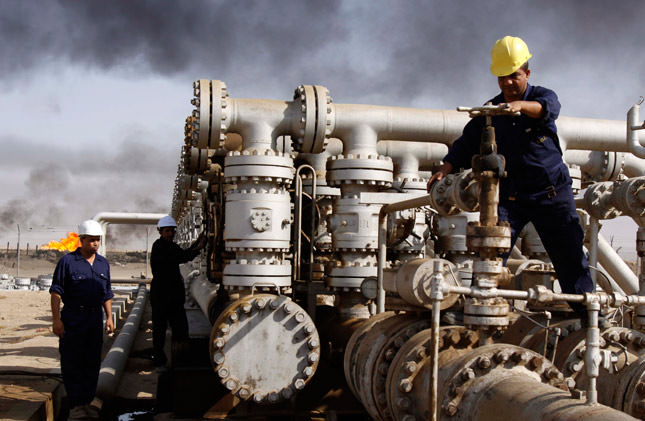 by Compiled from Wire Services Feb 25, 2015 12:00 am
Turkey has provided $500 million to the Kurdistan Regional Government (KRG), located in northern Iraq, which does not receive any support from the Iraqi government to pay the wages of state officials.

Nechervan Barzani, the prime minister of the KRG, visited Turkey last week and held meetings with President Recep Tayyip Erdoğan, Prime Minister Ahmet Davutoğlu and other ministers. The loan will be repaid by either being set off from Turkey's crude oil debts or will be repaid by the KRG. KRG Minister of Finance and Economy Rebaz Muhammed Hamlan said that the loan had reached Irbil and is not adequate to cover the wages of public workers and state officials. Therefore the government will have to export more crude oil to obtain the cash it needs.

Energy and Natural Resources Minister Taner Yıldız said that the crude oil received from the KRG has reached 42 million barrels and has been transferred to Turkey through the Kirkuk-Yumurtalık Crude Oil Pipeline according to the 15-year agreement with the Iraqi government and contracts signed with the KRG. Yıldız said that now the 46th oil tanker has been loaded in the Kurdish region and around 450,000 barrels are being received in Turkey on a daily basis. Yıldız said that their target is to increase this number to 550,000 barrels, and in the future, 1 million barrels a day.

To overcome the crisis, the KRG made an oil export agreement with Baghdad on December 2. However, Baghdad has not made any payment so far despite the agreement, which is causing the crisis in the region to worsen.