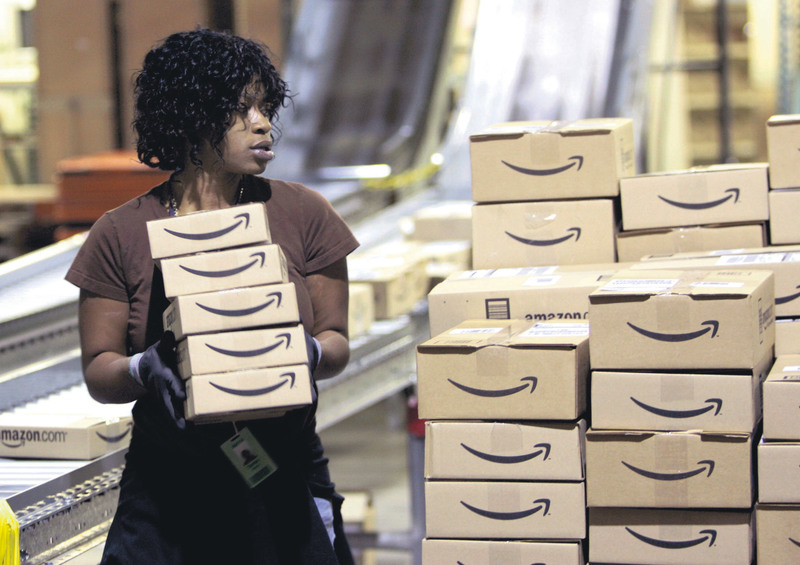 by Mar 07, 2015 12:00 am
Seattle-based online retail giant Amazon has set up shop on the business-to-consumer platform of Alibaba as it seeks a greater presence in the massive Chinese market. The firm is offering food, women's footwear, toys and kitchenware through its store on Tmall.com, which was "quietly" launched yesterday, Chinese media reported. Amazon's storefront carries the message: "It's Day 1."

Amazon and Alibaba are considered competitors in some areas but unlike the U.S. firm, the Chinese company has no product stocks of its own; it simply provides a trading platform. "We welcome Amazon to the Alibaba ecosystem and their presence will further broaden the selection of products and elevate the shopping experience for Chinese consumers on Tmall," an Alibaba spokeswoman said in a statement provided to AFP on Friday. Tmall is estimated to hold more than half the market in China for business-to-consumer transactions. Moreover, Amazon is not new to China; it opened an official store on Tmall for its Kindle e-book reader last year. The firm made its first foray into China in August 2004 through the acquisition of Joyo.com, an online retailer of books, music and videos. The website was re-branded as Amazon.cn in 2011.

"China's e-commerce industry is fast-growing and nobody wants to miss it," Yang Xiao of e-commerce services provider HC International told AFP. "Amazon wants to add an additional distribution channel in China." He said the move could be aimed more at China's JD.com, which has a similar business model to Amazon and also competes with Alibaba. "It's simple game logic - an enemy's enemy is a friend," Yang said. "Amazon is more likely targeting JD.com and it's a win-win situation for Tmall." Amazon is initially selling nearly 500 items, with more expected to be made available later.
Last Update: Mar 07, 2015 1:01 am
RELATED TOPICS