Kent turns down bonus after Coke fails to meet targets 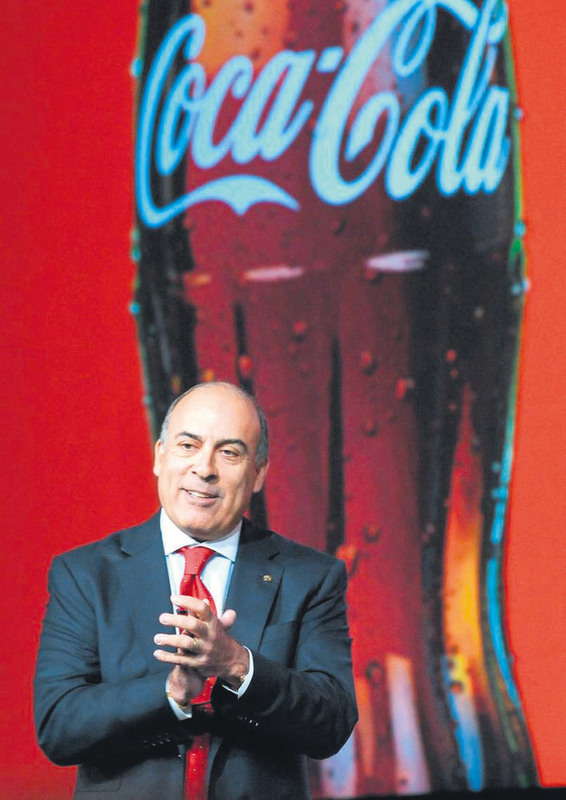 The beverage giant's CEO Muhtar Kent declined to accept a $2.5 million bonus after the world's largest beverage maker missed its profit target last year. Kent was eligible for the pay but did not take it

Coca-Cola CEO Muhtar Kent was given a pay package worth $18.1 million last year after the world's biggest beverage company failed to meet its own growth targets. The compensation is on par with the $18.2 million Kent received in 2013, according to a filing Thursday with the Securities and Exchange Commission. The pay package for 2014 would have been higher if Kent had accepted a $2.5 million cash performance bonus. Kent, who is 62 and has been CEO since 2008, said he turned down the bonus because the company is making "difficult but necessary decisions" to improve its performance and that there was "still much work to be done." Those moves have included job cuts. "I felt it was the right decision," Kent said in a statement filed with the SEC. Despite the lack of a bonus, Kent's pay package was relatively unchanged from the previous year because a rise in his stock and option awards.

Coca-Cola Co., which makes Sprite, Powerade and Dasani, has cited challenging economic conditions around the world for its sales struggles. In North America, the company is also dealing with an ongoing decline in soda consumption and competition from smaller players. ın 2014, Coca-Cola's global unit case volume rose 1.5 percent, which was short of its target range of 3 to 4 percent. ıts operating income and earnings per share growth also fell short of targets.

To boost its results, Coca-Cola Co. has said it plans to slash costs by $3 billion a year and spend more money on marketing. Earlier this year, it said it would cut up to 1,800 jobs as part of that effort. The Atlanta-based company has more than 130,000 employees around the world. In October, Coca-Cola had also announced it was curtailing its pay plan for executives after shareholders including Warren Buffett called it excessive. That change goes into effect this year, however, and is not reflected in last year's pay packages.

Kent's compensation for last year included a salary of $1.6 million, stock awards of $6.5 million and stock options of $9.3 million. All other compensation, including use of the company plane, security and retirement fund contributions, came to about $719,900.

The Associated Press formula calculates total compensation by adding salary, bonuses, perks, above-market interest that the company pays on deferred compensation and the estimated value of stock and stock options. The formula does not count changes in the present value of pension benefits, which makes the AP total slightly different in most cases from the total reported by companies to the Securities and Exchange Commission. The value a company assigned to an executive's stock and option awards was the present value of what the company expected them to be worth over time. The number is just an estimate, and what an executive ultimately receives will depend on the performance of the company's stock.
Last Update: Mar 13, 2015 8:14 pm
RELATED TOPICS