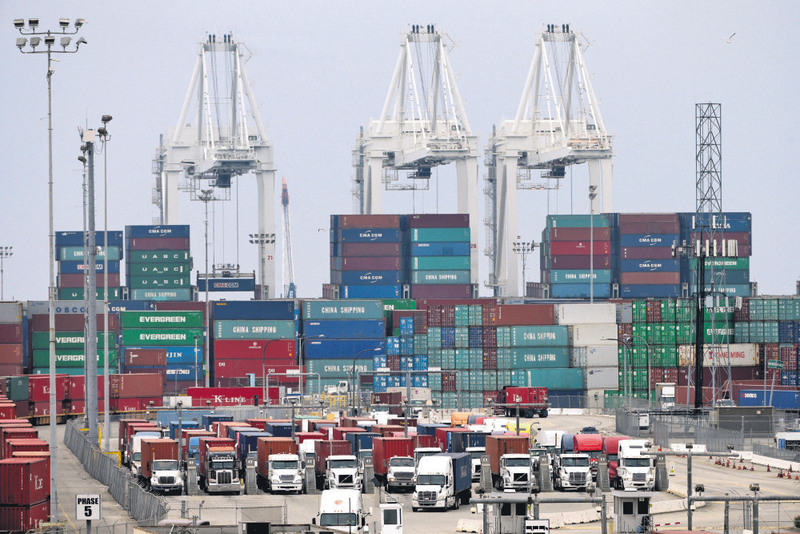 by Anadolu Agency Mar 15, 2015 12:00 am
Development Minister Cevdet Yılmaz said that the Islamic world had a foreign trade deficit of $250 billion last year, adding: "The majority of this money flows to the financial centers of developed countries. We need to attract it more. It is of great importance to have the participation of banking and innovative financial instruments in different regions of the world. We are determined to realize it." Concerning the activities of the Development Ministry, Yılmaz told Anadolu Agency of the final situation for the Istanbul Finance Center project, which is being run by the ministry. Yılmaz said that with the project at the first stage they aim to turn Istanbul into a regional finance center by developing new financial instruments and to turn it into a global finance center in the long run. Yılmaz further said that they want to make Istanbul a center in the fields of services, education, traffic, culture and arts. Referring to the fact that the world pays attention to such topics, Yılmaz said that there are people who come from London and obtain information about the finance center. We expect to take Istanbul, which is in close relation with other finance centers of the world, to a very different position, the minister said. According to Yılmaz, the project will boost the added value of Istanbul on one hand, and will effectively satisfy Turkey's need for capital on the other. As a developing country, Turkey has to attract more foreign capital and turn it into productive investments, Yılmaz said, adding that the project will need considerable contributions to achieve it. He said that they prepared new action plans by developing three additional projects - the Eastern Black Sea Project Regional Development Administration (DOKAP), the Eastern Anatolia Project Regional Development Administration (DAP) and the Konya Plain Project Regional Development Administration (KOP) - to the Southeastern Anatolia Project (GAP). Saying that Prime Minister Ahmet Davutoğlu will announce the particulars of DAP and KOP in the upcoming days, Yılmaz said that for the first time they put forth an integrated regional strategy with DOKAP, which also includes a project similar to the Green Path Project.

Underlining that the eastern Black Sea attracts significant numbers of tourists from Gulf countries, Yılmaz said: "They spend much more money than tourists from other countries and leave two to three times more currency in the country. This is why the Green Path Project is of high importance."
Last Update: Mar 16, 2015 10:11 am
RELATED TOPICS