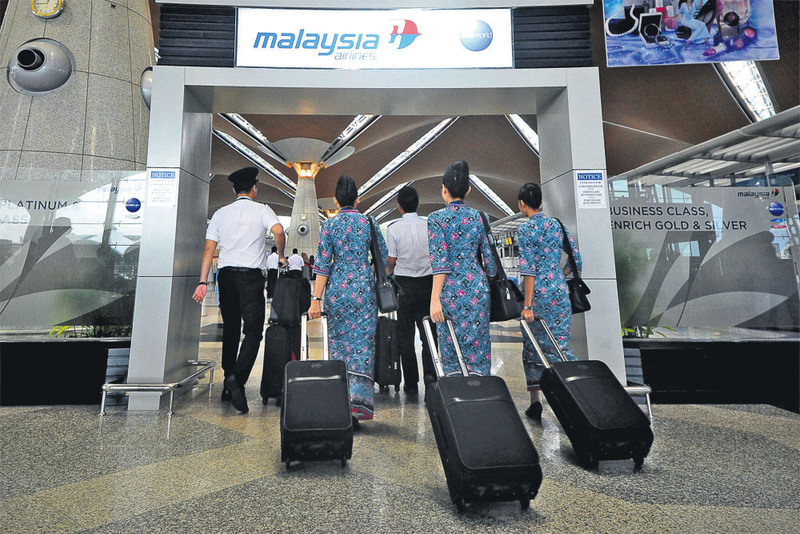 Fly Mojo, which is expected to be a full service carrier, is entirely owned by Malaysians. The launch of the new airline comes as much-needed good news for the country's aviation industry.
by Compiled from Wire Services Mar 17, 2015 12:00 am

A new Malaysian airline, Fly Mojo, has inked an agreement to buy 20 CS100 aircraft from Canada's Bombardier, becoming the first operator of the jetliner in the region

A new Malaysian airline said yesterday it will buy 20 Bombardier CS100 aircraft in a $1.47 billion deal as it looks to tap Southeast Asia's fast-growing travel market, according to Agence France-Presse. The new firm, Fly Mojo, made the announcement at the start of the five-day International Maritime and Aerospace (LIMA) exhibition on the Malaysian island of Langkawi.

The deal would mark the first sale in Southeast Asia of the Canadian company's new twin-engine, medium-range jet. It also includes the option to purchase a further 20 planes, possibly increasing the value to $2.94 billion. The announcement comes after a devastating 12 months for the Malaysian aviation industry, which saw the fatal loss of three airplanes. The new airline will be based out of Johor Bahru, in Johor province, and Kota Kinabalu in Sabah.

"The announcement of a new airline in Malaysia is an exciting way to kick off LIMA," Aziz Kaprawi, Malaysian deputy transport minister, said in a statement. "With Fly Mojo's primary hub at Senai International Airport, Johor and secondary hub in Kota Kinabalu, Sabah, the airline's ultra-modern fleet of CS100 aircraft will play a key role in improving connectivity between the peninsula and Sabah and Sarawak, as well as other parts of the region," he said.

Fly Mojo, which is expected to be a full service carrier, is entirely owned by Malaysians, but officials declined to give details. The launch of the new airline comes as much-needed good news for the country's aviation industry.

Separately, the Hong Kong government gave final approval for a third runway at the Asian financial center's airport, aiming to meet surging growth in passengers and air cargo, according to the Associated Press. Officials said yesterday the project will begin next year and cost 141.5 billion Hong Kong dollars ($18.2 billion). About 1,600 acres of land will be reclaimed from the sea for the runway and a new terminal. Construction is expected to be completed by 2023. Hong Kong's airport expects to reach maximum capacity under its current layout by 2022 at the latest. Across Asia, airport operators are scrambling to build new terminals or expand existing ones to keep up with growth in air travel.
Last Update: Mar 18, 2015 1:54 am
RELATED TOPICS