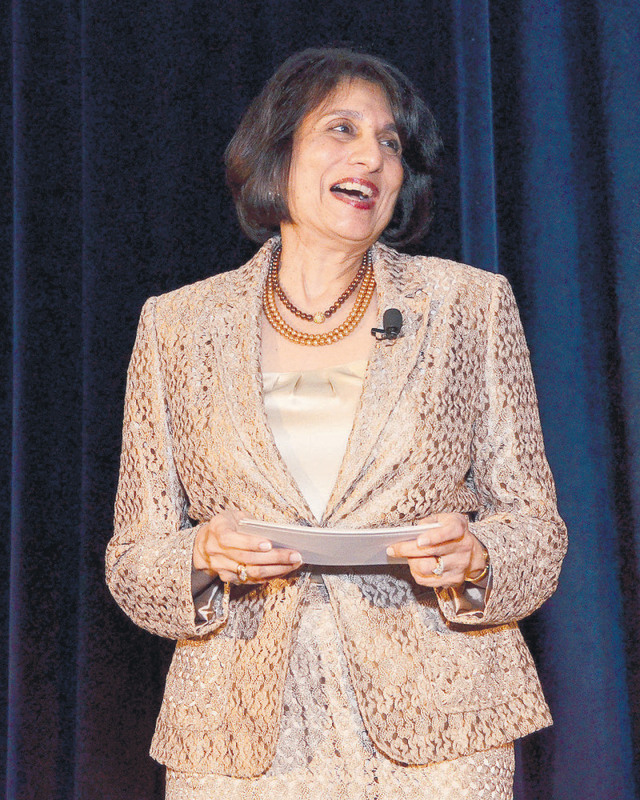 When Rohini Anand took over diversity programs at multinational catering company Sodexo in 2002, she had one goal: To prove that it pays for a company to have equal numbers of male and female managers. Sodexo, which has 419,000 employees in 80 countries, says she's done just that. A company-wide study last year found that units with equal numbers of men and women in management roles delivered more profits more consistently than those dominated by men. "It has become embedded now. It's not just me talking about it anymore," Anand says with "I told you so" satisfaction.

Evidence is growing that gender equity is not just politically correct window-dressing, but good business. Yet while companies are trying to increase the number of women in executive positions, many are struggling because of a failure to adapt workplace conditions in a way that ensures qualified women do not drop off the corporate ladder. The case for companies to act is compelling. In a survey last year of 366 companies, consultancy McKinsey & Co. found that those whose leadership roles were most balanced between men and women were more likely to report financial returns above their national industry median. Companies with more balanced leadership do a better job recruiting and retaining talented workers, reducing the costs associated with replacing top executives, McKinsey found. They also have stronger customer relations because management better reflects the diversity of society, and they tend to make better business decisions because a wider array of viewpoints is considered. Apple CEO Tim Cook, who came out as gay last year, told PBS it was important to hire people who "complement you, because you want to build a puzzle." "You don't want to stack Chiclets up and have everyone be the same," he said.

While most big companies now have programs to increase gender diversity, many executives express frustration these programs aren't working. McKinsey found that 63 percent of the employers it surveyed had at least 20 initiatives to address gender equity, but women held less than a quarter of the top jobs in 92 percent of the companies. Sandrine Devillard, who has been studying the issue for the consultancy for about 16 years, said companies were nonchalant about retaining top female talent when she started. Now they want to know what programs work. Fast. That's because a woman's prospects for promotion fall off at every step of the career ladder, according to a separate survey of 130 large companies conducted by McKinsey in 2012. While women made up 37 percent of the total workforce, they comprised 22 percent of middle managers, 14 percent of senior managers and vice presidents, 9 percent of executive committee members and 2 percent of CEOs.

In France, Norway, Spain and most recently Germany, governments have sought to mandate progress by imposing quotas for women on boards. Norway had the highest percentage of women on boards 35 percent in Western Europe and North America last year, according to data compiled by Catalyst, which researches gender equity. The U.S. ranked ninth among the 16 countries listed at 19 percent.

Board quotas alone won't close the gender gap because they only address the final step in the career ladder, researchers say. The real challenge for employers is to hire, train and promote talented women so they have a pipeline of qualified female candidates w

A recent study at Harvard Business School urged a re-think on why more women aren't getting and keeping top jobs. The study, released in December, surveyed more than 25,000 graduates of the school since 1963, when women were first admitted to the MBA program. Harvard researchers Robin Ely and Colleen Ammerman, together with Pamela Stone of City University of New York, found that while men and women start out with similar career goals, women progress more slowly because of institutional hurdles and the demands of spouses for them to manage family responsibilities. The report suggests employers need to move beyond the idea that "family-friendly" policies such as flexible working hours are enough. This means re-examining "unspoken but powerful perceptions" such as the assumption that women are riskier hires because they are more likely to give up their careers for parenthood. Women also have a role to play in ensuring that their spouses are "real partners" in sharing household and child-care responsibilities, the authors say. While governments have focused on the boardroom, companies like Sodexo decided they had to start by building a pipeline to get them there. Anand, the company's global chief diversity officer, said Sodexo's goal is for women to make up 25 percent of its top 300 managers this year. Women already make up 42 percent of the board of directors and 38 percent of the executive board.
Last Update: Mar 25, 2015 2:09 am
RELATED TOPICS