HJ Heinz buying Kraft and building a $28B food giant 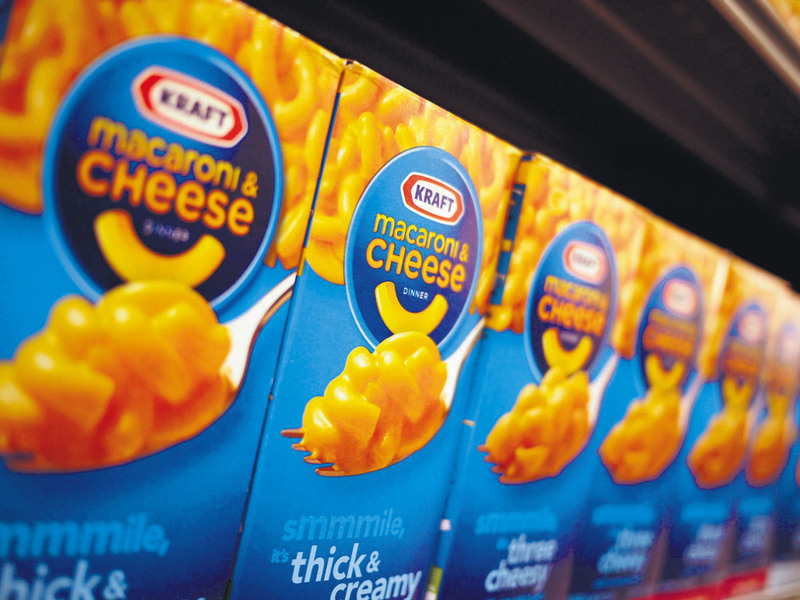 The makers of Heinz Ketchup and Oscar Meyer Weiners is buying Kraft Foods, creating one of the largest food and beverage companies in the world with annual revenue of about $28 billion, according to AP. The Kraft Heinz Co. will own Kraft, Heinz, Oscar Mayer, Ore-Ida and large stable of other brands. Eight of those brands have annual sales of $1 billion or more and five others log sales between $500 million and $1 billon every year.

The deal to bring together the two companies, each more than a century old, was engineered by Warren Buffett's Berkshire Hathaway and Brazilian investment firm 3G Capital. The two will invest another $10 billion in the new company.

The merger comes as well-established food producers struggle to keep up with shifting appetites. Consumers are seeking more unprocessed foods, and have migrated away from one-time staples of the American diet. Buffett, however, said both companies have a strong base. He has been investing steadily on both of them for quite a while.

"I think the tastes Kraft and Heinz appeal to are pretty enduring," Buffett said in a telephone call to the business news channel CNBC. The massive deal materialized rapidly, Buffett said, having been in the works for only about four weeks or so. There are plans for at least four new products this year, Buffett said, and that there is a lot of freedom to sell the company's products outside of the U.S. and Canada.

Since splitting from Mondelez International Inc. in 2012, Kraft's business has been primarily concentrated in the U.S. and Canada. All of its manufacturing capacity is in those two countries, according to the company's annual report. Kraft Heinz will maintain headquarters in Pittsburgh, where Heinz is based, and also in the Chicago area, where Kraft resides. Shares of Kraft jumped nearly 34 percent yesterday before the opening bell. Kraft shareholders will receive stock in the combined company and a special cash dividend of approximately $10 billion, or $16.50 per share. Each share of Kraft will be converted into one share of Kraft Heinz.

Current Heinz shareholders will own 51 percent of the combined company, with Kraft shareholders owning a 49 percent stake. Annual cost savings estimated to be $1.5 billion are expected to be booked by the end of 2017. Buffett and 3G Capital snapped up Heinz in a deal valued at $23.3 billion two years ago. Heinz CEO Bernardo Hees will become CEO, Alex Behring, Heinz chairman and managing partner at 3G Capital, will be chairman. Kraft CEO and Chairman John Cahill will become vice chairman. The Kraft Heinz board will include six directors from the current Heinz board. Those six directors will include three members from Berkshire Hathaway and three members from 3G Capital. The current Kraft board will appoint five directors to the combined company's board.

The deal still needs a nod from federal regulators as well as shareholders of Kraft Foods Group Inc., but the boards of both companies unanimously approved it. The planned closing is set for the second half of the year. Kraft Heinz plans to keep Kraft's current dividend per share once the transaction closes. Kraft has no plans to change its dividend before the deal is complete.

Kraft Foods (KF) is the largest food company in the U.S. and second largest in the world. Kraft Foods Turkey is a subsidiary of Kraft Foods. It was established in 1993 as a joint venture partnership with Sabancı. In 2001, as part of its sustainable growth strategy, Kraft chose to operate solely on its own and in 2002 acquired Kar Gıda to strengthen its presence in the market. In Kraft's portfolio, consumers around the world have become familiar with Kraft and Philadelphia cheeses; Toblerone, Milka, Mozart and Cote'd'Or chocolates; Maxwell House, Jacobs and Carte Noire coffees; Tang powdered beverages, Post Cereals; Nabisco cookies and Oreo, Ritz and Club Social biscuits. In Turkey, Kraft's core product categories are coffee (Jacobs and Maxwell), confectionary (Milka and Toblerone), powdered beverages (Tang) and salted snacks (Cipso). Kraft employs 113,000 people with brands sold in 145 countries worldwide with more than 19,000 sales people. Kraft Foods Turkey consists of 456 employees with locations in places such as Istanbul (Head Office), Ankara, İzmir, Antalya, Bursa, Samsun and a production site at Pendik, Istanbul.
Last Update: Mar 26, 2015 2:19 am
RELATED TOPICS