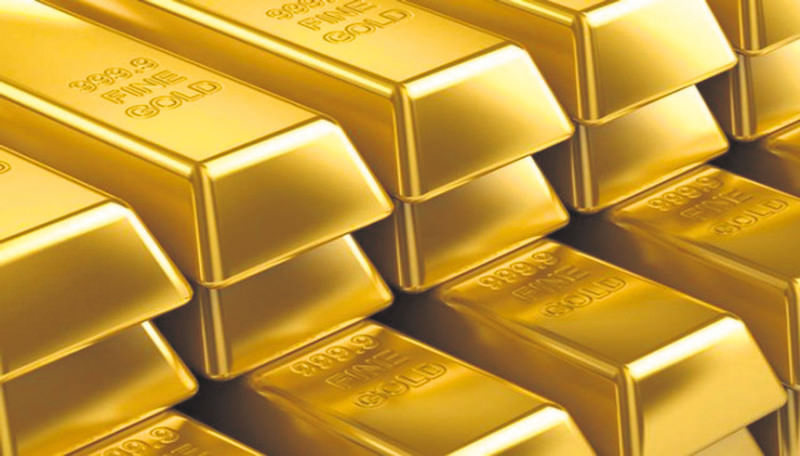 by Daily Sabah with AA Apr 02, 2015 12:00 am
Turkey's gold bar exports to the U.K. increased more than a hundredfold in the first two months of 2015 compared with the same period last year, according to the Turkish Statistical Institute (TÜİK). The increase is estimated to be worth about $545 million. The gold bar exports to the U.K. in the same period last year was around $5 million. The U.K. imported the seventh most gold bars from Turkey on an annual basis last year, but it came in second this year after Switzerland. Showing more than a hundredfold increase, the total amount of exported gold bars to the U.K. has reached 13.5 tons, up from 108 kilograms.

Arif Üner, the president of the Capital Market Investors Association (SPYD), said inflationary risks might rise due to liquidity abundance following the 2008 global economic meltdown. He said the devaluation of a number of currencies, including the euro, is expected. He continued that the U.K. places priority on gold imports to avoid such financial risks. "The increasing gold bar demand of the U.K. shows that some devaluation problems occur in the currencies of the world's leading countries," Üner said. He said the U.K. chose Turkey as the country to import gold from because it is able to easily provide its request. "The euro is the first currency that can affect the U.K. even though it is not included in the eurozone. Gold seems like a safe haven when currency in circulation depreciates," Ünver explained, adding that the increasing demand in gold is normal.

The country's total exports of gold bars tripled and reached $2.97 billion. In the same period last year, total gold bar exports was 24.4 tons. Currently it stands at 74 tons. The most gold bars were exported to Switzerland, worth nearly $2 billion. Gold bar exports to Switzerland showed a 173 percent increase compared to the first two months of 2014.
Last Update: Apr 02, 2015 2:10 am
RELATED TOPICS