Airbnb comes to Cuba in US business expansion 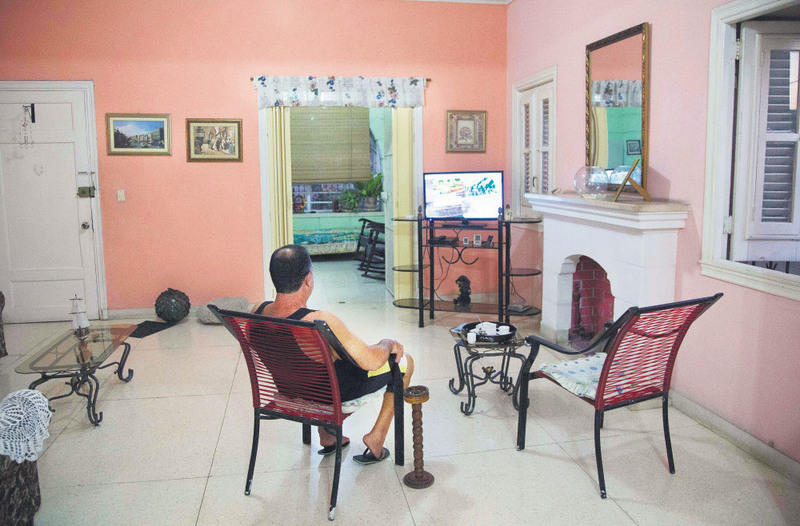 by Associated Press Apr 03, 2015 12:00 am
The popular online home-rental service Airbnb allows American travelers to book lodging in Cuba starting yesterday in the most significant U.S. business expansion on the island since the declaration of detente between the two countries late last year. For a half-century, the U.S. trade embargo has blocked such businesses from entering the Cuban market. In January, however, the Obama administration loosened a series of restrictions on U.S. business in an attempt to encourage the growth of the island's small private sector.

Airbnb searches for "Cuba" will now turn up more than 1,000 properties across the island, with 40 percent in Havana and the rest in tourist destinations such as Cienfuegos a few hours away on the southern coast. The company has been sending teams of representatives to Cuba for three months to sign up home owners, and plans to expand steadily in coming months. "We believe that Cuba could become one of Airbnb's biggest markets in Latin America," said Kay Kuehne, regional director for Airbnb, the website and mobile app that allows users to book rooms in more than 1 million private homes around the world. "We are actually plugging into an existing culture of micro-enterprise in Cuba. The hosts in Cuba have been doing for decades what we just started doing seven years ago." One of the most developed and important elements of Cuba's entrepreneurial sector is a network of thousands of privately owned rooms and houses for tourists. Starting in the post-Soviet economic crisis of the 1990s as homey, bed and breakfast-style alternatives to Cuba's generally grim state-run hotels, "casas particulares," or private homes, have expanded into an industry with options ranging from small apartments in central Havana to multi-room beach houses with top-notch food and maid service.

The Airbnb announcement is the latest in a series of U.S. business moves into Cuba. In February, New Jersey-based IDT Corp. and Cuban state telecoms firm ETECSA agreed to connect phone calls from the United States directly to Cuba. Previously, they were routed through third countries such as Italy and Spain. Netflix and MasterCard have also unblocked their services in Cuba, but only a handful of islanders have connections fast enough to stream Netflix, and most credit-card issuers still prohibit transactions from Cuba, making MasterCard's move largely symbolic so far. The Airbnb move could be the most significant development in terms of putting money in the pockets of entrepreneurs across the island and bolstering them in a stagnant state-run economy leading goals for the Obama administration in warming relations with Cuba.
Last Update: Apr 03, 2015 2:13 am
RELATED TOPICS