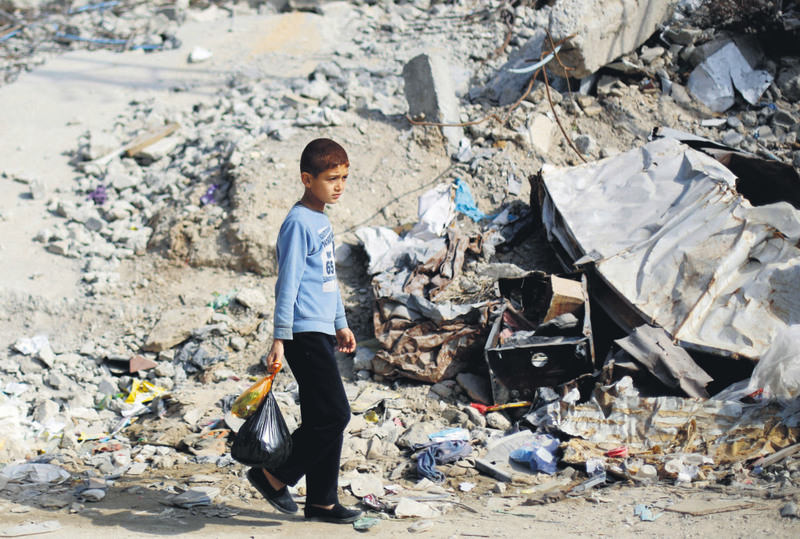 While Israel collects taxes on behalf of the Palestinian Authority, it suspended payments of $130 million per month in January, in respone to the loan President Mahmoud Abbas issued a statement thanking Qatar

The Palestinian Authority said it had received a $100 million loan from Qatar to help pay civil servants salaries and alleviate an economic crisis triggered by a row with Israel over taxes. President Mahmoud Abbas, who is visiting the Gulf state, issued a statement thanking Qatar for the loan. There was no immediate confirmation or comment from Qatari officials.

Israel collects taxes on behalf of Abbas's Palestinian Authority but suspended payments of some $130 million a month in January to protest at moves by the Palestinians to join the International Criminal Court (ICC).

Palestinian membership of the ICC started on April 1, opening the way for possible law suits against Israel for alleged war crimes tied to its lengthy occupation of territory the Palestinians want for an independent state.

Following widespread criticism by Western allies, Israel earlier this month released some of the frozen tax revenue, but withheld a portion of the cash, saying it was money Palestinians owed for utilities and health care supplied by Israel. Abbas said the deductions amounted to a third of the total sum that Israel owed and refused to accept any of the money, threatening to go to the ICC over the issue. An official at Prime Minister Benjamin Netanyahu's office confirmed that Israel had deducted money to cover the Palestinians' electricity, water and health bills and was "willing to transfer back to the Palestinian Authority the sum that was returned whenever it wishes". Separately, Qatar National Bank (QNB), the largest lender in the Gulf Arab region, reported a 10.1 percent increase in first-quarter net profit on Wednesday, beating analysts' expectations, bolstered by higher lending activity.

The bank reported a net profit of 2.7 billion riyals ($741.7 million) for the three months to March 31, compared with 2.4 billion riyals last year, it said in a statement. Five analysts polled by Reuters on average forecast a net profit of 2.63 billion riyals for the quarter. Boosting earnings was a 8.9 percent increase in lending, which totalled 345 billion riyals at the end of March. It is the second successive quarter in which loan growth at the bank has risen, and while it is not at the more-than-20 percent level seen in 2013 and early 2014, it suggests the bank is managing to weather recent weakness in bank credit growth in Qatar, with sector-wide loan growth at its lowest level since 2007 in February. Public sector lending has stumbled over the past year in Qatar after several years of fast growth linked to spending on the soccer World Cup in 2022. QNB was expected to be more impacted by this than other Qatari banks in 2015, given it is more reliant on the public sector for lending than other Qatari banks, according to analysts at EFG Hermes. Net interest income, which includes revenue from lending, rose by 6.7 percent to reach 3.2 billion riyals in the quarter from the same period of last year. Deposits at the lender, which is 50-percent owned by sovereign wealth fund Qatar Investment Authority, grew 6.8 percent year-on-year to 369 billion riyals at the end of March.
Last Update: Apr 09, 2015 11:40 pm
RELATED TOPICS