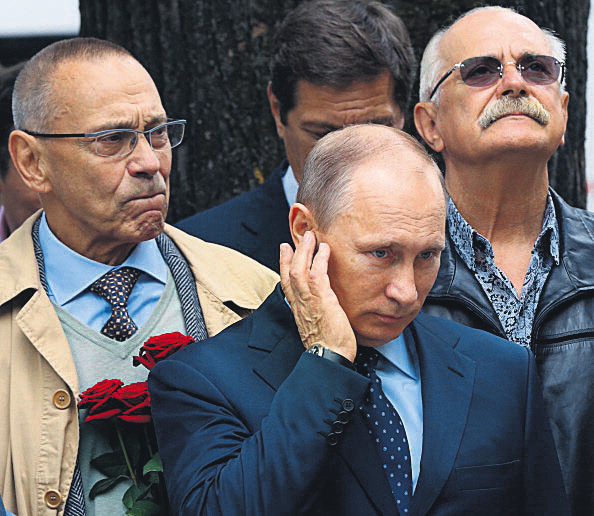 by French Press Agency - AFP Apr 10, 2015 12:00 am
Russian authorities have pledged millions of dollars to help two famed film director brothers create a patriotic fast food chain to rival McDonalds, a report said Friday. Russian RBK news website reported Friday that Nikita Mikhalkov and Andrei Konchalovsky had received a 700 million ruble ($13.8 million dollar) state-backed loan after writing to President Vladimir Putin for funding. State television on Friday broadcast a long report lauding the project and saying Russians were tired of burgers, but news of the loan sparked allegations of cronyism. Mikhalkov is the director of 1994 Oscar winner "Burnt by the Sun," while Konchalovsky had a string of awards from a long career in Hollywood before returning to Russia. In the letter to Putin, the brothers said the goal of their enterprise was to help in "creating alternatives to Western fast-food chains," according to Kommersant daily.

"Considering the sociopolitical character of the project ... we ask that the Russian government back this project," the letter said.

The brand of the chain, which would consist a combined cafe and deli shop, would be called Let's Eat at Home, which is the same name as a cooking show hosted by Konchalovsky's wife who is an actress.

Konchalovsky told the state-run Rossiya TV channel that he would try to source food purchases locally for 50 percent of the menu to help farmers. "We want people to eat healthy and inexpensive food," he said in the report that insisted domestic cuisine was becoming increasingly "trendy."

Russian officials have been accused of trying to fuel conservative nationalist sentiment as the crisis in Ukraine has driven Moscow's ties with the West to a post-Cold War low. The project was immediately criticized as a blatant attempt to use political connections for personal enrichment and an attempt to push out competitors. "The state does not normally interfere in the catering industry," tweeted former finance minister Alexei Kudrin, saying the brothers' chain would "create more problems for Russian small business ... than competition for McDonalds."

The U.S. chain, which has come under pressure from local authorities since the start of the Ukraine crisis, has served as a sort of beacon for some Russian officials who condemn it for its foreign influence and poor health standards, though it actually produces 85 percent of the ingredients in Russia. Mikhalkov is an ardent supporter of Putin's conservative trend and his movies have enjoyed considerable state support.

The Mikhalkov family has been a firm part of the establishment throughout the changing political landscape, with the filmmakers' father, Sergei Mikhalko,v writing the words for both the Soviet national anthem under Joseph Stalin and the new lyrics for the current Russian national anthem.
Last Update: Apr 10, 2015 11:49 pm
RELATED TOPICS