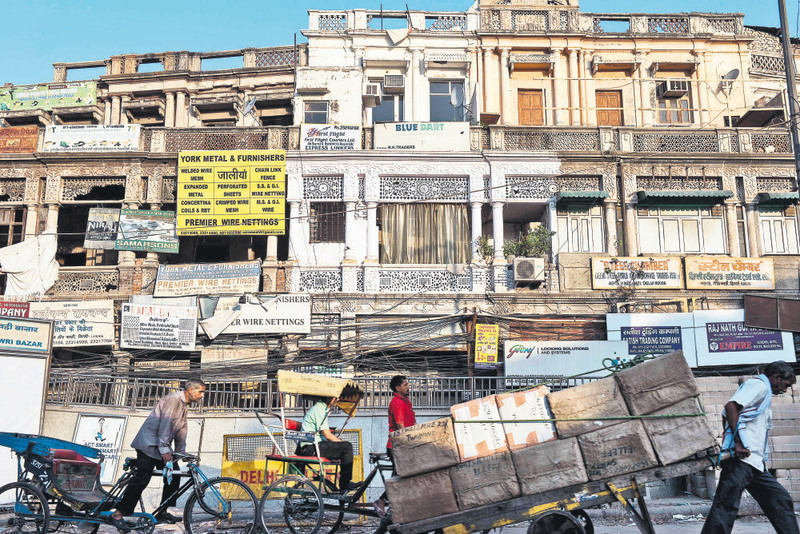 by reuters Apr 15, 2015 12:00 am
India's push to accommodate a booming urban population and attract investment rests in large part with dozens of "smart" cities like the one being built on the dusty banks of the Sabarmati river in western India. So far, it boasts modern underground infrastructure, two office blocks and not much else. The plan, however, is for a meticulously planned metropolis complete with gleaming towers, drinking water on tap, automated waste collection and a dedicated power supply - luxuries to many Indians.

With an urban population set to rise by more than 400 million people to 814 million by 2050, India faces the kind of mass urbanisation only seen before in China, and many of its biggest cities are already bursting at the seams. Ahead of his election last May, Prime Minister Narendra Modi promised 100 so-called smart cities by 2022 to help meet the rush. At a cost of about $1 trillion, according to estimates from consultants KPMG, the plan is also crucial to Modi's ambition of attracting investment while providing jobs for the million or more Indians who join the workforce every month.

His grand scheme, still a nebulous concept involving quality communications and infrastructure, is beginning to take shape outside Gandhinagar, capital of the state of Gujarat, with the first "smart" city the government hopes will provide a model for India's urban future. "Most (Indian) cities have not been planned in an integrated way," said Jagan Shah, director of the National Institute of Urban Affairs which is helping the government set guidelines for the new developments. To build smart cities, India allocated 60 billion rupees ($962 million) in its annual federal budget for the financial year starting April 1, even as it spent just a fraction of last year's allocation of 70.6 billion rupees, said Shah. Gujarat International Finance Tec-City (GIFT), as the smart city is called, will double up as a financial hub.
Last Update: Apr 15, 2015 9:15 pm
RELATED TOPICS