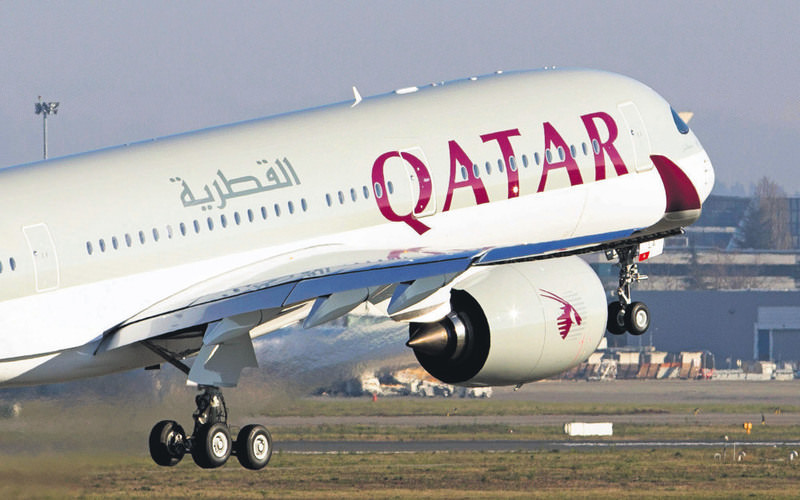 by reuters Apr 17, 2015 12:00 am
International Airlines Group (IAG) said its subsidiaries British Airways and Iberia had quit a European airline trade group after disagreeing with the policy of other members towards competition in the skies. IAG has a history of calling for aviation markets to be liberalised, pitting it against some rivals lobbying against fast-growing Gulf carriers such as Emirates, Etihad Airways and Qatar Airways, which they say benefit from unfair state aid.

IAG said in an emailed statement that both BA and Iberia were withdrawing from membership of the Association of European Airlines because its position on "some important policy issues" no longer aligned with those of other AEA airlines.

"We believe global liberalisation of our industry is fundamental to our future growth and we are not willing to compromise on this fundamental matter," IAG said in an emailed statement on Thursday.

IAG has since January been partially owned by Qatar Airways, which bought a 9.99 percent stake in the group for about 1.15 billion euro. IAG's competitors Air France-KLM and Lufthansa, which are members of AEA, as well as some US airlines, complain Gulf airlines are benefiting from unfair subsidies such as interest-free government loans and cheap fuel. The Gulf carriers, which have grown rapidly in recent years by adding routes and planes and flying more passengers through hubs in Dubai, Doha and Abu Dhabi, deny those accusations.
Last Update: Apr 17, 2015 10:03 pm
RELATED TOPICS