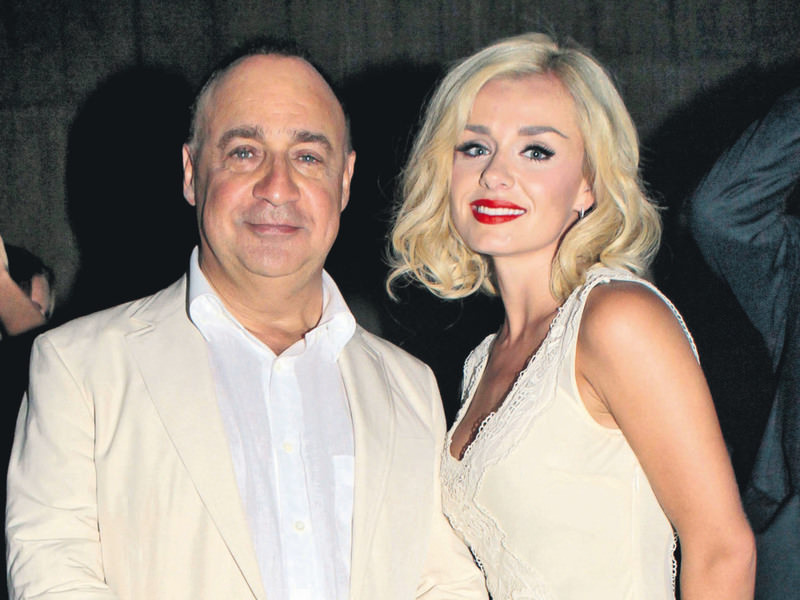 Len Blavatnik, pictured with singer Katherine Jenkins, has made a fortune in a hedge fund deal.
by reuters Apr 27, 2015 12:00 am

The combined wealth of Britain's 1,000 richest people has more than doubled in the last 10 years to over 547 billion pounds. The Queen, who topped the first list in 1989, has dropped out of the top 300 for the first time

Ukrainian-born billionaire Len Blavatnik has become Britain's wealthiest man, a "rich list" published annually by The Sunday Times newspaper showed on Sunday, but Queen Elizabeth slipped down the rankings despite her net worth growing.

Boosted largely by rising stock markets, the newspaper said the super-rich had doubled their collective wealth since the 2009 economic crisis and that the wealthiest 1,000 people based in Britain were now worth 547 billion pounds ($830.67 billion), up from 258 billion in 2009, an increase of 112 percent.

The figures are likely to be seized upon by politicians less than two weeks before a close national election. The opposition Labour Party accuses Prime Minister David Cameron of governing in favour of the wealthy at the expense of the poor. Cameron rejects that charge, but the widening gulf between those on the list and most Britons, whose living standards have only recently begun to return to where they were before the crisis, is awkward for his re-election campaign.

Britain has 117 sterling billionaires, the list showed, more than any other country except the United States and China, and London has more billionaires (80) than ever before and more than any other city in the world. Blavatnik, who shot from number four to number one this year, was worth 13.17 billion pounds, the newspaper said, up 3.17 billion on 2014. With investments in music, industry and media, it said it would take the average Briton, on 25,000 pounds a year, 526,800 years to match the 57 year-old's wealth.

The Indian-born Hinduja brothers, Sri and Gopi, who headed the list last year, were placed number two with 13 billion pounds. They have interests in industry and global finance. The Anglo-Canadian Weston family, who own a retail empire, were third with 11 billion pounds. The newspaper said new money was "flooding" into Britain, pushing Britons down the rich list. The Queen increased her wealth by 10 million to 340 million pounds, but dropped out of the country's richest 300 for the first time, it said.

If it wins power on May 7, Labour has pledged to scrap tax rules that allow wealthy individuals to legally reduce the amount of tax they pay on money earned overseas. The change would affect about 116,000 people who live in Britain, some of whom figure on the rich list.

Meanwhile, Turkish Cypriot businessman Türker Süleyman, 61, ranked 637th in the Sunday Times 2015 Rich List with his 150-million-pound fortune. Süleyman began his career as an accountant intern and used to earn 5.5 pounds a week. Running clothing companies in Bulgaria, Turkey and Georgia, he sells products to leading brands such as Marks and Spencer. It was reported that his three companies made 5 million pounds profit in 2013. The companies' assets reportedly will increase from 43 million pounds to at least 75 million pounds.
Last Update: Apr 27, 2015 9:37 pm
RELATED TOPICS