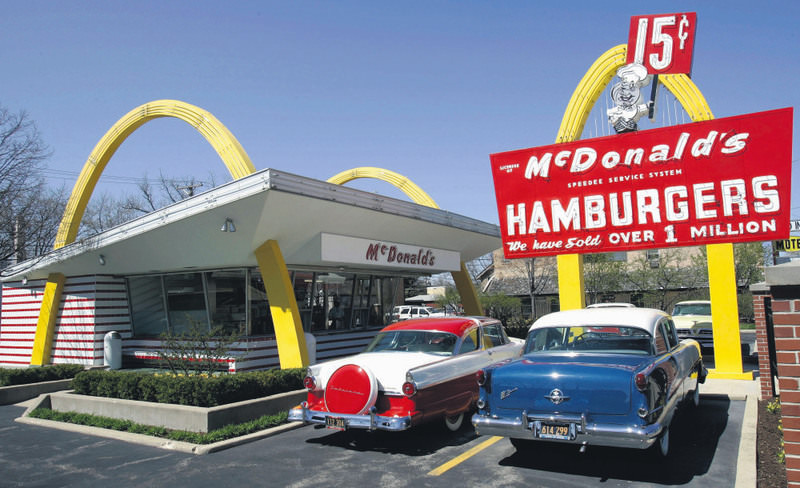 by Associated Press May 05, 2015 12:00 am
McDonald's CEO Steve Easterbrook says he's stripping away layers of bureaucracy and increasing accountability so the company can move more nimbly to keep up with changing tastes.

During a 23-minute video message posted online Monday, Easterbrook said the company's structure is "cumbersome" and said it can no longer afford its "legacy attitudes." "The reality is our recent performance has been poor. The numbers don't lie," said Easterbrook, who took charge of the world's biggest hamburger chain on March 1.

To foster quicker movement, McDonald's is restructuring its units into four groups based on the maturity of its presence in the market: the flagship U.S. market, established international markets such as Australia and the United Kingdom, high-growth markets such as China and Russia, and the rest of the world. Previously, the business was segmented by geography. McDonald's, based in Oak Brook, Illinois, also said 90 percent of its more than 36,200 restaurants around the world will be franchised over the next four years. That's up from 81 percent, and will mean the company will rely more heavily on franchising fees and move away from the daily work of running restaurants. The organizational changes will contribute to $300 million in cost-cutting targeted by McDonald's, most of which will be realized by 2017. The company said it's too early to say how slashed costs will affect jobs. Larry Light, who served as chief marketing officer of McDonald's between 2002 and 2005 and now runs a brand consulting firm, said Easterbrook offered little in the way of what matters to customers. "Being more efficient, having less bureaucracy will buy you time, but will not buy you enduring success," he said. When McDonald's was trying to turn around its business in 2002, Light said it focused on addressing the quality of the food, which had degraded over time. For instance, he said the company had stopped toasting Big Mac buns to speed up service. That helped the company reconnect with its existing fans.

Easterbrook also said during the video that the company will focus on listening to customers and that there will be "less sweeping talk of millennials" as though they're a homogenous group. The company is also working on improving perceptions about the quality of its food with items like a trio of new sirloin burgers. In New York City, Easterbrook said McDonald's is partnering with Postmates to offer delivery starting Monday.

The "turnaround blueprint" comes as McDonald's fights intensifying competition from a variety of players and shifting tastes. Sales in Asia took a big hit after a controversy over a major supplier this past summer, and business in Europe has been weak. Its profit dropped 15 percent last year. In its flagship U.S. market, executives said the menu got too complicated and gummed up operations. Customer visits at established locations declined for two straight years. Already, McDonald's has tried a number of moves to inject some life back into its brand.

The company also said last month that it would double its planned restaurant closures this year to roughly 700. It hasn't yet revealed its updated plans on overall restaurant count growth. At the end of last year, McDonald's Corp. had more than 36,200 locations around the world.

Easterbrook, who previously headed up the U.K. business, has described himself as an "internal activist" and says he wants to turn McDonald's into a "modern, progressive burger company."
Last Update: May 05, 2015 8:04 pm
RELATED TOPICS