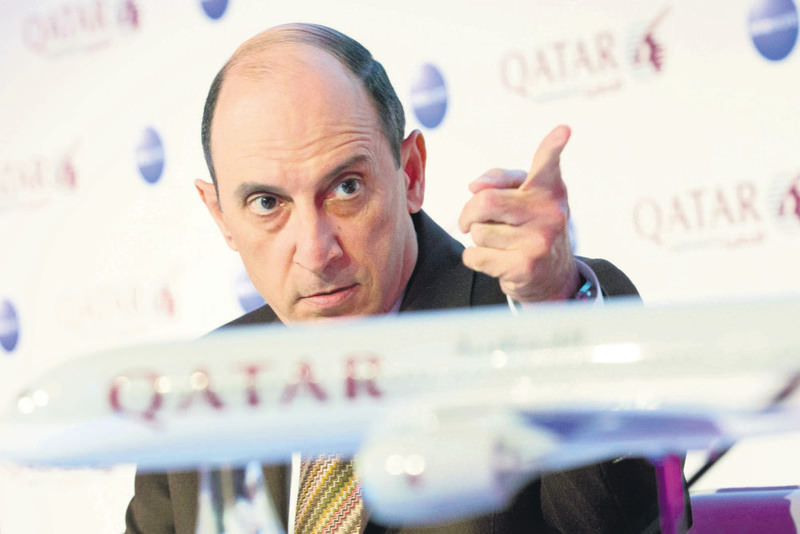 by May 08, 2015 12:00 am
Qatar Airways wants to buy up to 49 percent of India's IndiGo though the owners of the subcontinent's largest carrier by market share have no immediate plans to sell, the Doha-based airline's chief executive said on Wednesday.

"We're not in talks, we have a personal relationship between us and the owner of IndiGo," Akbar Al Baker, Qatar Airways chief executive told a news conference in Dubai. "He has indicated they are not planning to sell a stake in IndiGo, but once they consider he knows I'm interested." He has also discussed Airbus's planned A380neo with the plane manufacturer's chief executive.

"I told him this aircraft needs a fuel (efficiency) improvement of 10-15 percent and this would really sell the numbers he expected with the current Airbus A380," said Baker.

"This will have to be a joint effort between (the) engine manufacturer and Airbus, it's not just the airframe that is the issue, it's the fuel burn, which is coming from the engine."