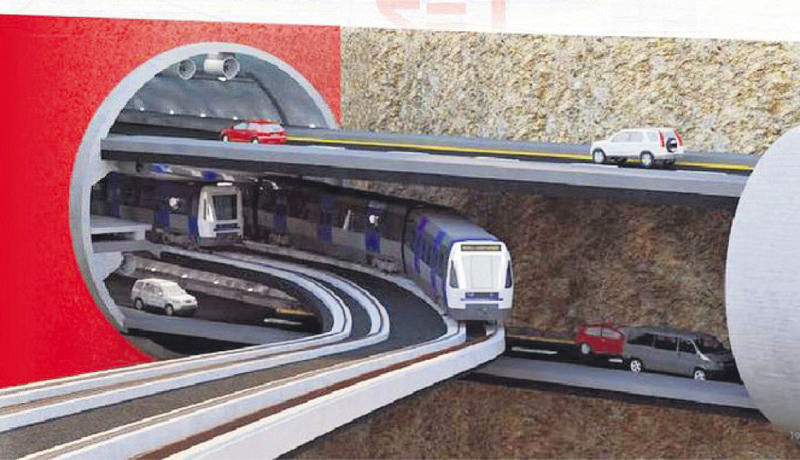 by Zeynel Yaman May 11, 2015 12:00 am
The Environmental Impact Assessment (EIA) of Istanbul's three-level sub-sea tunnel project has been completed. The 31-kilometer-long tunnel project will be launched after the approval of Environment and Urbanization Minister, İdris Güllüce. Announced by the Prime Minister Ahmet Davutoğlu in February, the report issued for presenting the environmental effects, characteristics, routes and the proposed measures was submitted to the Ministry of Environment and Urbanization last week. According to the file presented, the 31-kilometer-long metro system between İncirli (European side) and Söğütlüçeşme (Asian side) will be divided into three segments. The highway that will be integrated into the metro line will be 16,150 kilometers long and divided into five segments between the TEM Higway Hasdal Junction and Ümraniye Çamlık Junctions.

The high speed metro segment will have a daily passenger capacity of 1.5 million and 75,000 passengers per hour in one direction. Estimates say that 6.5 million passengers will be using the rail systems it is integrated into and the travel time between İncirli and Söğütlüçeşme will decrease by 40 minutes.
Last Update: May 11, 2015 10:15 pm
RELATED TOPICS