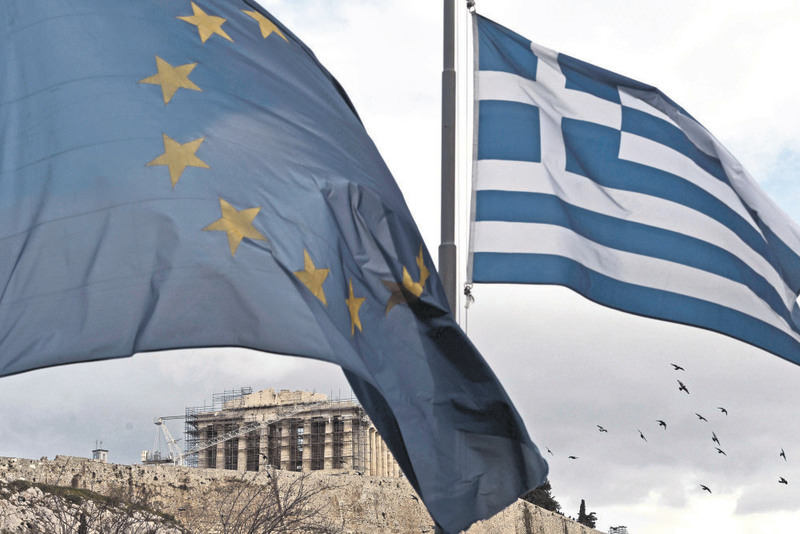 The IMF confirmed that Greece had made its latest principal payment but declined to provide details about the transaction. A Greek central bank official said the country's emergency fund was used to make the payment

With Athens close to running out of cash and a deal with its international creditors still elusive, there had been doubts about whether the leftist-led government would pay the IMF or opt to save cash to pay salaries and pensions later this month. Member countries of the International Monetary Fund are required to keep a holding account which may be used for emergencies but the money can only be used with the lender's approval, the central bank official said. A government official told Reuters that Athens used about 650 million euros from the holding account and 100 million euros from its cash reserves to make the payment on Monday.

The Greek central bank official confirmed the account had been tapped after government officials met the central bank chief last week to figure out how to make the payment. "The negative is that the account was emptied but in order to avert a default it was necessary to weigh the options," the Bank of Greece official said.

Made a day early, the payment calmed immediate fears of a Greek default, but Finance Minister Yanis Varoufakis said on Monday the liquidity situation was "terribly urgent" and a deal to release further funds was needed in the next couple of weeks.

The IMF yesterday confirmed Athens had made its payment to the fund but declined to give details about how it was made. "Regarding aspects of the payment that some of you have asked confirmation about, we don't publish information on the details of members' transactions with the Fund," an IMF spokeswoman said in response to questions about how Greece made the payment.

"The central bank governor put forth the idea to tap the 650 million euros in the holding account, which needed IMF approval," the official said, declining to be named. "Governor Stournaras made the arrangement with the IMF and on Saturday we got their okay and the account was unlocked."

Greece's IMF holding account - which is held at the Bank of Greece - has been in existence for 30 years for emergency needs, the official said. A second Greek official said on Tuesday that the reserves the government tapped must be replenished in the IMF account in "several weeks."

Following legislative changes, Greece has meanwhile gathered 600 million euros of local government and other public entity money to help it deal with the cash crunch, the government's spokesman said on Tuesday.

Euro zone finance ministers said on Monday that more work was needed to reach a cash-for-reform deal between Athens and the IMF, the European Commission and the European Central Bank.

Created in 1945, the IMF is accountable to the 188 countries that make up its near-global membership. Each member is assigned a quota, based on its relative size in the world economy, which determines its contribution to the fund's financial resources.