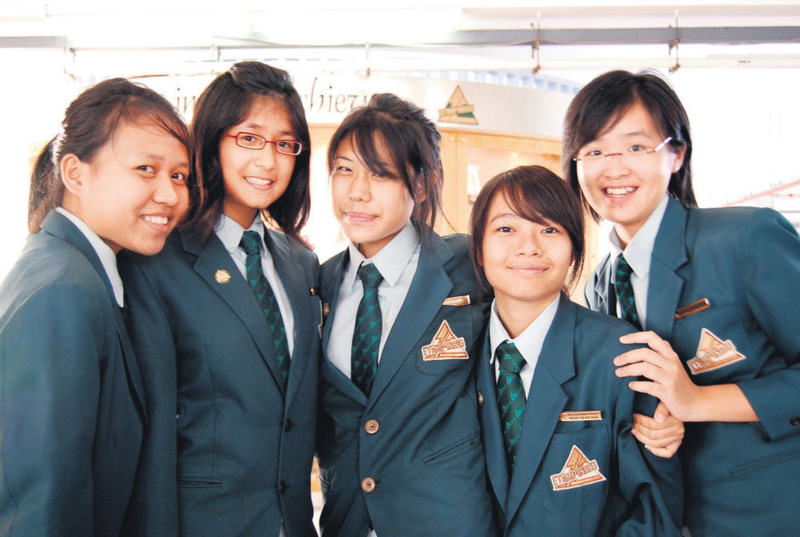 The biggest ever global school rankings have been published with Asian countries taking the top five places and African countries at the bottom. Singapore leads the table, with Turkey ranked 41st

Singapore has done it again, topping the biggest global school rankings published by the OECD (Organisation for Economic Co-operation and Development). Asian countries took the top five spots, while African countries were at the bottom. The U.K. is in 20th place, among higher achieving European countries, with the U.S. in 28th and Turkey in 41st. The OECD economic think tank says the comparisons - based on test scores in 76 countries - show the link between education and economic growth. "This is the first time we have a truly global scale of the quality of education," said the OECD's education director, Andreas Schleicher.

"The idea is to give more countries, rich and poor, access to comparing themselves against the world's education leaders, to discover their relative strengths and weaknesses, and to see what the long-term economic gains from improved quality in schooling could be for them," he said.

The top performer, Singapore, had high levels of illiteracy into the 1960s, said Schleicher, showing how much progress could be made.

In the U.K., the study shows about one in five youngsters leave school without reaching a basic level of education - and the OECD says that reducing this number and improving skills could add trillions of dollars to the U.K. economy, according to BBC.

The analysis, based on test scores in maths and science, is a much wider global map of education standards than the OECD's Pisa tests, which focus on more affluent industrialised countries.

This latest league table, ranking more than a third of the world's nations, shows how countries such as Iran, South Africa, Peru and Thailand would appear on an international scale.

It shows once again the poor performance of the U.S., slipping behind successful European countries and being overtaken by Vietnam. It also highlights the decline of Sweden, with the OECD warning last week that it had serious problems in its education system. The rankings are based on an amalgamation of international assessments, including the OECD's Pisa tests, the TIMSS tests run by U.S.-based academics and TERCE tests in Latin America, putting developed and developing countries on a single scale. The findings will be formally presented at the World Education Forum in South Korea next week, where the U.N. is to convene a conference on targets for raising global education by 2030.

The five lowest-ranked countries are Oman in 72nd, Morocco, Honduras, South Africa and Ghana in the last spot.

"If you go to an Asian classroom you'll find teachers who expect every student to succeed. There's a lot of rigour, a lot of focus and coherence," says Schleicher.

"These countries are also very good at attracting the most talented teachers in the most challenging classrooms, so that every student has access to excellent teachers." The report, published by the OECD and written by Eric Hanushek from Stanford University and Ludger Woessmann from Munich University, argues that the standard of education is a "powerful predictor of the wealth that countries will produce in the long run."

If Ghana, the lowest ranked country, achieved basic skills for all its 15-year-olds, the report says that it would expand its current GDP by 38 times, over the lifetime of today's youngsters. The report will provide evidence for next week's World Education Forum of how achieving education targets can deliver economic gains. The milestone conference, under the auspices of the U.N., will mark 15 years since the setting of education targets by world leaders. These millennium targets for education, such as providing all children with a primary education, have not been fully achieved. But the World Education Forum will set another round of global targets for the next 15 years.
RELATED TOPICS