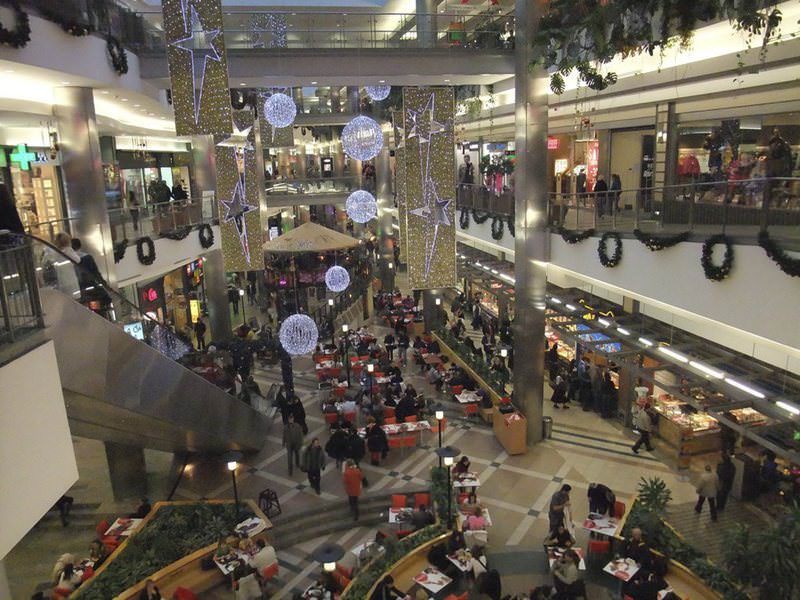 by Ahmet Topal May 14, 2015 12:00 am
Customs and Trade Minister Nurettin Canikli has announced that, from now on, when issuing licenses for new shopping centers, they will take into consideration various factors ranging from the traffic in the area to the level of income. He said the new regulations, which will have a significant effect on the retail sector, are currently being issued. The ministry will take into consideration various criteria for the road map they will issue for the future of the sector and for example, an income status criterion will be applied for new shopping centers.

When authorization for a new shopping center is being issued, the income status of the citizens will be taken into account. Other criteria will include traffic density, the transaction volume in the region, along with the income status, disposable income and propensity to consume. "For example, the disposable incomes of the citizens living in the district of Nişantaşı differ from the ones in Esenler. It can be safe to say that the residents of Nişantaşı have a low marginal propensity to consume; in other words, it is saturated. The propensity to consume decreases with wealth in both theory and practical terms," said Canikli. Giving an example of the monthly income of two different employees; one with a monthly income of $100,000 and a retired person with a monthly income of TL 1,500 ($576), Canikli said that if you increase both of their income by TL 250, the wealthier one would not be spending any more as he would be saving most of his income; but the retired person would spend the extra TL 250.

Canikli said more authorizations will be issued for shopping centers in areas such as Esenler with a lower propensity to consume Hulusi Belgü, the CEO of the Shopping Malls Investors Association, said currently shopping malls are located in accordance with the income level of the citizens and since Istanbul is a very cosmopolitan city, while the residents of Büyükdere Caddesi (in Levent district) have high income levels, the level decreases as you go further down the street. "When building new shopping malls, brands should be combined accordingly," added Belgü. Mehmet Nane, the general manager of CarrefourSA, said the opinion of NGOs will be sought while issuing the regulations under the new retail code. A road map will be issued accordingly.
Last Update: May 15, 2015 11:13 am
RELATED TOPICS