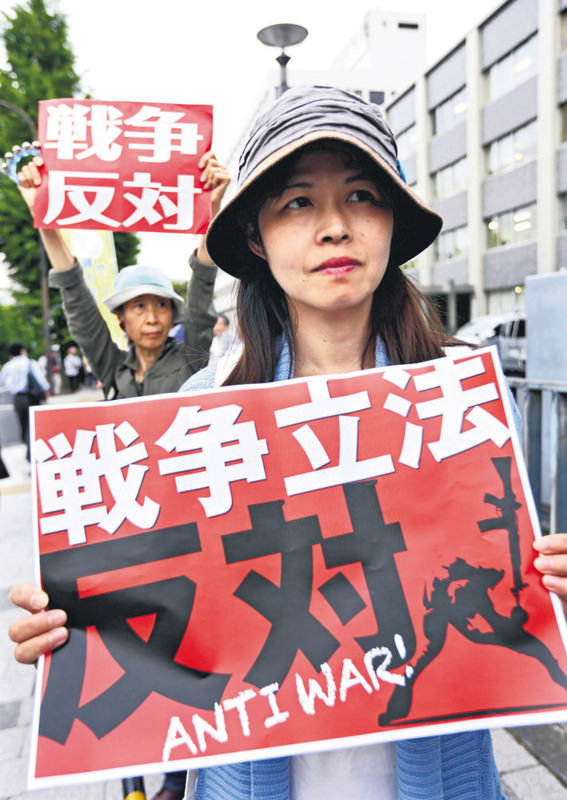 by May 14, 2015 12:00 am
Japan on Wednesday began its first ever military trade fair, with a particular focus on maritime security at a time of rising regional tensions over territorial squabbles. The three-day fair, organised by a private British company with the backing of Japan's defence and trade ministries, comes as Prime Minister Shinzo Abe pushes to boost the role and capability of his well-equipped military.

Among other things, that means re-thinking their rules of engagement to allow them to fight to defend an ally - something most administrations have said was impossible under Japan's pacifist constitution.

The government has also moved to lessen restrictions on the home-grown weapons industry, allowing it to sell more hardware abroad in an effort to boost the sector.

The new rules could allow Tokyo to supply weaponry to nations that sit along important sea lanes to help them fight piracy - an important strategic consideration for resource-poor Japan.

"This is a great opportunity for us as a small company to promote our name and products," said Susumu Kasai, an official with ShinMaywa Industries Ltd. which manufactures US2 Amphibious Planes for Japan's Marine Self-Defense Force.

Reports have said US2 is likely to become the first export of Japanese-made military equipment under the new rules.

Abe is readying to submit new security bills to parliament that will underwrite last year's cabinet decision on broadening the scope of so-called collective defence, which gives the military freer rein to protect Japan's allies.

While Washington, which has long called for Japan to take on more of the burden of its own defence, has warmly welcomed the moves, Abe faces considerable domestic opposition from a public deeply wedded to the country's pacifist constitution. He also faces regular rebukes from China, which hints ominously at what it says is a deep-seated desire on Japan's nationalist right to up-end the post-World War II settlement and return to the militarism of last century. Abe and his supporters deny the charge.
Last Update: May 14, 2015 11:45 pm
RELATED TOPICS