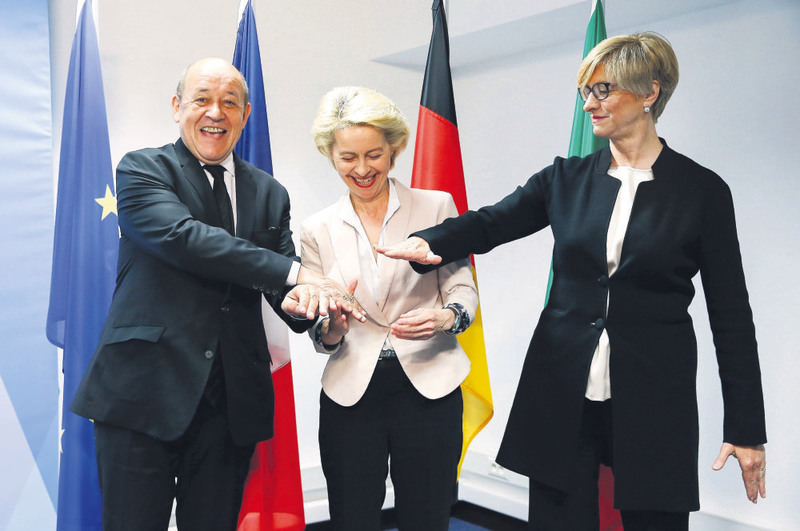 by May 18, 2015 12:00 am
Italy, France and Germany agreed on Monday to develop a European drone programme for reconnaissance and surveillance, seeking to inject momentum into a proposal first considered in 2013 to reduce reliance on U.S. and Israeli technology.

In a joint signing ceremony, the defence ministers of the three countries pledged a two-year study to lay the basis for a European drone to be operating by 2025 and said Spain and Poland had expressed interest in joining the plan. "It's a very important step for European cooperation, a critical cooperation which we must have at our disposal in many theatres of operation," French Defence Minister Jean-Yves Le Drian said, alongside his German and Italian counterparts.

After false starts at the national level, the three countries appear ready to cooperate on research into drone technologies. Competing national needs, corporate rivalry and a lack of government support have undermined past efforts. Airbus, Dassault and Alenia Aermacchi are likely to develop the drones. Large drones operated by European armed forces are mostly based on U.S. or Israeli designs, creating a dependence on foreign technology that some European companies and officials see as bad for European industry and military capabilities.

The EU's aim is to develop a medium-altitude, long-endurance (MALE) drone, a category that can fly at an altitude of up to 9,000 metres for 24 hours. It wants a flexible surveillance drone that could be used for civilian purposes such as border control, fire-fighting and disaster monitoring. One EU diplomat said they could also have a military role, carrying weapons.