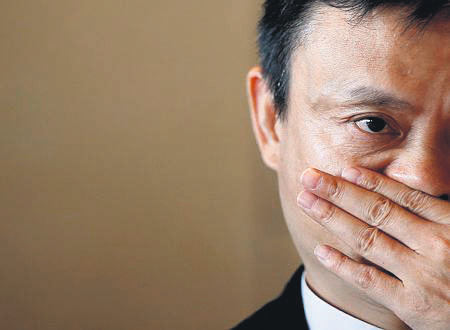 by May 19, 2015 12:00 am
Chinese e-commerce giant Alibaba on Monday denounced as baseless a lawsuit by French apparel company Kering Group, whose luxury brands include Gucci, which accused it of selling fake products. Kering filed suit against U.S.-listed Alibaba in a New York court last week for selling counterfeits of its products worldwide, Chinese state media reported. Kering's portfolio of luxury and lifestyle brands include Saint Laurent, Alexander McQueen and Puma, according to its website. Copyright infringement is rife in China, but Alibaba said it planned to fight the case. "Unfortunately, Kering Group has chosen the path of wasteful litigation instead of the path of constructive cooperation," an Alibaba spokeswoman said in a statement provided to AFP. "We believe this complaint has no basis and we will fight it vigorously," it said. Alibaba's Taobao platform is estimated to hold more than 90 percent of the consumer-to-consumer market in China, while its Tmall.com is believed to command over half the Chinese market for business-to-consumer transactions. State media said that Kering filed an earlier lawsuit against Alibaba in July last year but dropped it after the two companies agreed to work together to reduce counterfeiting. "We continue to work in partnership with numerous brands to help them protect their intellectual property and we have a strong track record of doing so," Alibaba said in its statement on Monday. In January, the State Administration for Industry and Commerce (SAIC), which regulates market order in China, delivered an unusual dressing down of the prominent company, publishing a survey saying only about a third of products sampled from Alibaba's consumer-to-consumer marketplace Taobao were genuine. "We have always been committed to combating fake products and have devoted our efforts to solving this difficult problem," Alibaba founder Jack Ma said in a meeting with SAIC after the survey was released.
Last Update: May 19, 2015 11:15 pm
RELATED TOPICS