Workers' group to FIFA sponsors: Qatar a blot on your brand 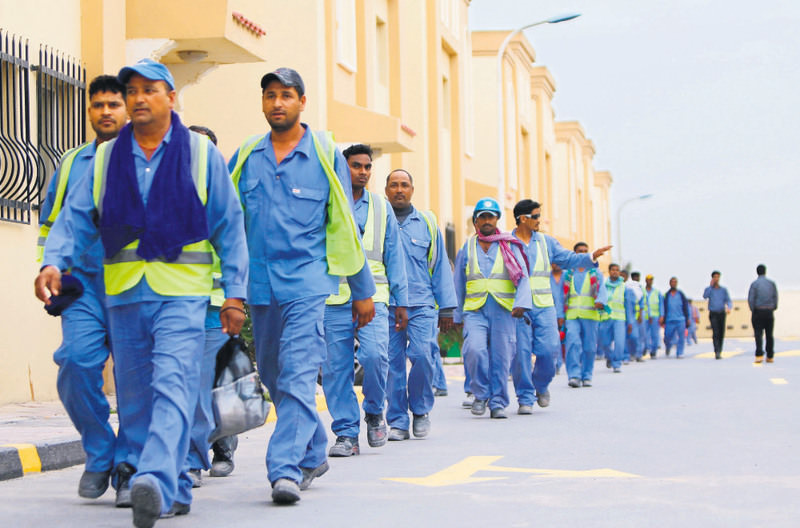 by Associated Press May 19, 2015 12:00 am
Advocates for workers' rights are urging FIFA sponsors to take more responsibility for the treatment of World Cup workers in Qatar, calling the "horrific" working conditions there a blot on any company's brand. At a press conference late Monday, they singled out FIFA sponsors such as McDonalds, Visa, Coca-Cola, Adidas, Budweiser, Gazprom, KIA and Hyundai, saying they have the power to pressure both FIFA and Qatar into improving the treatment of hundreds of thousands of migrant workers.

Qatar, which FIFA chose to host the 2022 World Cup, has limited sports facilities and is in the middle of a major construction boom. Sharan Burrow, general secretary of the International Trade Union Confederation, said 1.4 million migrant workers are laboring in Qatar and that number will soon swell to 2.4 million as Qatar builds a deep water port.

Burrow said migrants are packed "8-10-12" to a room, work in 50 degree Celsius (122 Fahrenheit) temperatures and are unable to leave abusive employers. "Sponsors know that Qatar is a slave state," she said. "This is the richest country in the world and they don't have to work this way ... fans don't want the game to be shamed this way." She said the International Olympic Committee had established criteria for human rights standards "(but) FIFA refuses to talk about the issue." She urged sponsors and FIFA to press Qatar to establish a minimum wage, allow the migrants freedom of association and stop discrimination in which Nepali workers are paid less.

Stephen Russell, coordinator of the advocacy group Playfair Qatar, likened this campaign to those that pressured clothing companies and electronic retailers to clear up the abuses of workers' rights in their international supply chains. "No FIFA president is going to say football is about slavery, discrimination and abuse ... but this is what is happening," he told reporters. "Sponsoring the World Cup with conditions like they are in Qatar makes as much sense as sponsoring an oil slick." UK lawmaker Damian Collins said "FIFA continues to draw a blind eye to the horrific conditions in Qatar."

The BBC on Monday said a reporting crew spent two nights in a Qatari prison after being arrested while trying to meet migrant workers. BBC journalist Mark Lobel was detained with three colleagues ahead of a Qatar-organized tour of official accommodation for low-paid workers. Lobel said they were interrogated and then released without being "accused of anything directly."

The Qatari government said the BBC crew was trespassing on private property and, in a statement, insisted that conditions for workers in the country had improved. "We deeply regret that he (Lobel) was unable to report the real story, which is that the government and the private sector are making significant progress in efforts to improve the lives and the labor conditions of guest workers in Qatar," the statement said. FIFA said it was concerned by any "apparent restriction of press freedom" but said media must gain the necessary permissions to film in World Cup host nations.
Last Update: May 19, 2015 11:14 pm
RELATED TOPICS