Applications for US jobless aid up 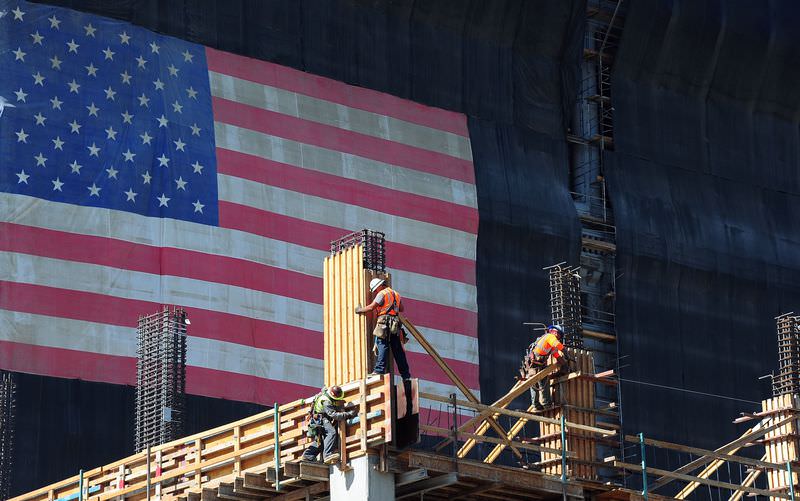 by Associated Press May 21, 2015 12:00 am
More Americans sought unemployment aid last week, though the number of applications remains at a historically low level that is consistent with a healthy job market. The Labor Department says weekly applications increased 10,000 to a seasonally adjusted 274,000. The four-week average, a less volatile figure, fell to a fresh 15-year low of 266,250.

Applications are a proxy for layoffs, so the very low readings indicate that most employees have solid job security. Businesses also appear to be confident enough in the economy to keep their workers.

With fewer people seeking benefits, the number receiving them has also declined. Total recipients fell 12,000 to 2.2 million, the lowest since November 2000.

The fact that employers are not cutting staff is a reassuring sign, since economic growth has faltered this year.

"Despite a string of disappointing (economic) data, we continue to get signs that the labor market remains resilient," Derek Lindsey, an economist at BNP Paribas, said in a note to clients.

The economy likely shrank in the first quarter and may barely grow in the first six months of 2015. Some temporary factors, including harsh winter weather and a labor dispute at West Coast ports, dragged down the economy in the first three months of the year. The impact of those trends has largely faded.

Other trends, however, may continue to weigh on the economy. The dollar rose about 12 percent in value last year, which makes U.S. goods more expensive overseas. That has reduced U.S. export sales. And the sharp drop in the price of oil has caused energy companies to cut back on their investment in drilling equipment and machinery. Both factors may restrain growth at least until the second half of the year.

So far, growth is looking sluggish in the second quarter. Consumers spent cautiously in April, according to a report on retail and restaurant sales released last week. Americans have not ramped up their spending so far this year, as economists had predicted they would, despite strong job gains and gas prices that are $1 a gallon cheaper than a year ago.

Still, employers are hiring at a steady pace. They added 223,000 jobs in April, lowering the unemployment rate to a seven-year low of 5.4 percent, from 5.5 percent.

That suggests employers think the current sluggish pace of growth will be temporary.

There have been some signs the economy is picking up. Builders broke ground on new homes in April at the fastest pace in seven years. That's boosting sales at home improvement stores such as Lowe's and Home Depot.
Last Update: May 22, 2015 12:39 am
RELATED TOPICS