Information Valley to be launched on Tuesday 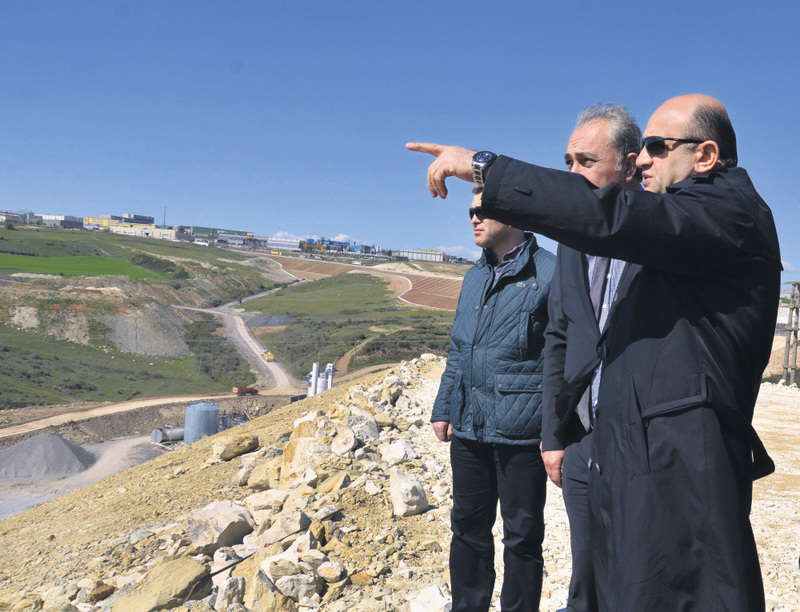 by Daily Sabah May 24, 2015 12:00 am
Science, Industry and Technology Minister Fikri Işık announced the foundations of Information Valley, which will "dominate the future of Turkey," will be laid on May 26. He also said they are expecting a turnover of $50 billion annually from the valley.

Information Valley, which is being established to increase Turkey's competitive power in the field of global innovation and information technologies, will be constructed across 3 million square meters of land in Kocaeli's Gebze district. Emphasizing that Information Valley is one of Turkey's biggest projects, Işık said Information Valley will be the one of the world's most global addresses in terms of innovation and research and development. The valley will include international innovation and technology transfer centers and prototype testing workshops. Around 5,000 R&D companies will be located in the valley along with around 10,000 R&D employees. The valley will also include housing for the employees, in addition to a production, service, employment and living center with various suppliers and logistic firms.

The project has been designed to include 1.5 million square meters of closed area and 1,250,000 square meters of office area. It will also offer a social environment with tennis, basketball and volleyball courts, football fields and a golf course. Furthermore, schools will also be constructed in the area for the children of employees.

Slogan: 'Made from Turkey'

Once the project is initiated, Turkey will become one of the most important centers in terms of information technology in the region. "Turkey, which has a crucial location that unites Europe, the Far East, the Middle East and Africa, plans to increase its share in technological exports with products 'Made in Turkey' along with the slogan 'Made from Turkey' to offer goods based on its own technology," Işık said. He added that with this initiative, it will be possible to turn Information Valley into a catalyst for innovation, technology-based growth and capital accumulation and development, while offering an economic and social development model.
Last Update: May 25, 2015 12:49 am
RELATED TOPICS