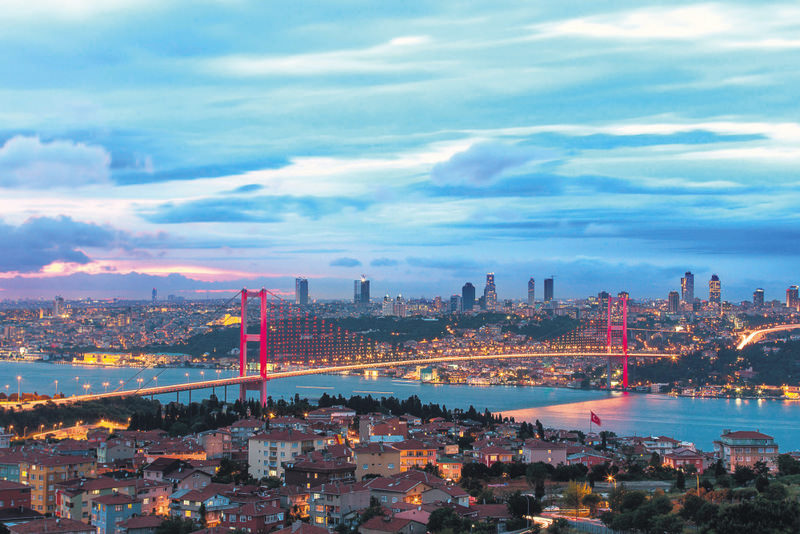 by Daily Sabah with AA May 25, 2015 12:00 am
With the positive performances it has achieved since 2010, Istanbul ranked first among the most-improving cities in the world, according to "The Business of Cities 2015" report conducted by Jones Lang LaSalle (JLL), which offers financial and professional services in the real estate sector.

According to the study conducted by the JLL City Research Center, Istanbul is followed by Russia's Moscow, India's Mumbai, South Korea's Seoul and the United Arab Emirates' Dubai. The list was prepared on the basis of changes that have been achieved in six development-related indices since 2010 among more than 200 global cities indices.

Istanbul has become the city that has achieved the greatest progress across a number of metrics, from financial services to the city's image. "Istanbul is the most consistently improved over the recent time frame. In particular it has cemented its status as a diversified onshore provider of financial services, and has regularly overtaken medium-sized established cities owing to its scale and gateway functions," said the report.

Commenting on the report, JLL Turkey President Avi Alkaş said city indices, which have been the subject of the report that was conducted for the fourth time this year, give an idea about the strategic opportunities of the inhabitants of cities and those who have business relations in those cities.

Stressing the change in the performances of Istanbul, Barcelona, Santiago and Seoul among the city indices, Alkaş said such changes occur by means of a variety of mechanisms, including the improvement of standards, changes in perceptions, the supply of new information and engagements in business partnerships.

According to the research, New York, London, Singapore, Paris and Hong Kong topped the list of cities' comparative performance. The study also suggested that emerging cities such as Chi Minh, Nairobi and Delhi seek to attain a place in the global economy by means of innovations and startups.

Additionally, innovation centers, such as the San Francisco metro area (including San Jose), Boston, Tel Aviv and Cambridge, and cities that have high standards of living, such as Stockholm and Zurich, have combined their infrastructural and educational assets to strengthen their position as unique startup centers.
RELATED TOPICS