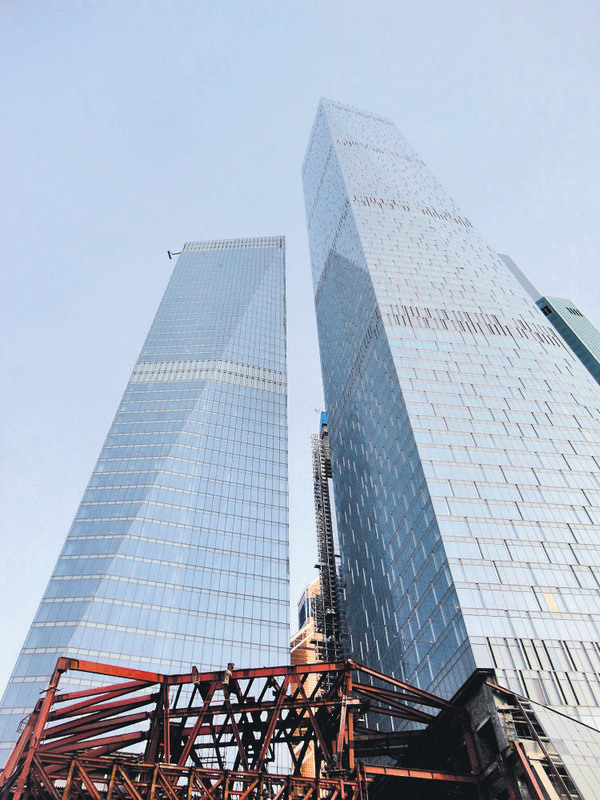 by Pınar Çelik Nacar May 26, 2015 12:00 am
Ertan Beyaz, Russia's representative of Ant Yapı, which is set to complete Europe's tallest building in June, said Turkish contractors will undertake 70 percent of the New Moscow project that is being constructed in Russia. Having constructed eight out of 15 skyscrapers in the Moscow International Business Center (Moscow City), Ant Yapı is gearing up to deliver the tallest building in Europe in June. Saying that they actualize 75 percent of their business volume in Russia, Ant Yapı Board Chairman Kadir Tokman stated Ant Yapı will break its own record with the 352-meter-high OKO Towers, which will be taller than Capital City that Ant Yapı built previously. Having undertaken more than 7 million square meters of projects in Russia over 20 years, Ant Yapı is focused on the New Moscow project, which is planned to be one-and-a-half times larger than Moscow itself. The New Moscow project took form with the Russian government's move to evacuate the city center with the aim of establishing new centers. The Russian government aims to prevent congestion in the city center by building council houses called "A101" mainly for low and middle income groups. Mehmet Okay, a board member of Ant Yapı, said they will establish 15,000 council houses in New Moscow, describing it as a new additional city being built far from the center with all its own infrastructure and public buildings. Life has started in some areas, said Okay, adding that the square meter prices start from $4,000 to $6,000 in the city, while they start from $1,500 in New Moscow.

Ertan Beyaz, the Russia representative of Ant Yapı and Overseas Projects general coordinator, said that around 70 percent of the New Moscow project will be constructed by Turkish firms, stressing that Turkish firms take advantage of working quickly. Russia has a 75 percent share in $4 billion worth of business volume, while the remaining 25 percent belongs to Turkish firms. Beyaz said that 30 percent of the over 7,000 employees deployed at Russian construction sites are from Turkey. According to Beyaz, they have 29 projects that are worth $3.05 billion, and are being conducted in an area of a total 2.62 million square meters in Russia, Ukraine and Turkmenistan.

OKO Towers, which consists of 49-story and 85-story twin towers, was realized with a $387 million investment. The project is given the title of Europe's tallest building by Emporis.com, the world's leading building database site. A total of 132,500 square meters of the 290,000 square meter OKO Towers are constructed as offices while 42,800 and 83,700 square meters will be hotels and residential, respectively. Stressing that the Russian economic crisis has hit shopping malls and office projects in particular, Tokman said that the square meter prices of the Imperial House project have dropped from $35,000 to $15,000 in Moscow. According to Tokman, office investments have come to a standstill and no projects have started over the past eight months. Before the crisis, there was significant cash flow and prices were high, Tokman said, adding that they signed four projects after the crisis and they will continue construction work despite the unfavorable situation.
Last Update: May 27, 2015 12:40 am
RELATED TOPICS