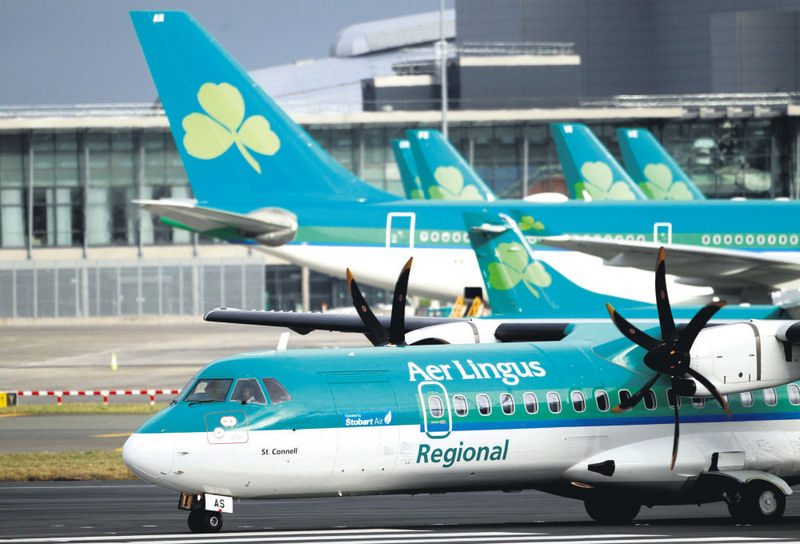 by May 28, 2015 12:00 am
The Irish government is set to sell its 25 percent stake in flag carrier Aer Lingus to the International Airlines Group (IAG) after receiving assurances on the airline's future, the transport minister said Tuesday. "The government has decided that it will support IAG's proposal," Minister of Transportation, Tourism and Sport Paschal Donohoe said in a statement.

The sale has been a hot topic for Dublin with severe opposition within the junior government coalition party, Labor and from unions who warned about the implications for jobs and connectivity. Late Tuesday night a group of eight Labor lawmakers who had questioned the deal backed the proposals, saying they were satisfied their concerns had been met. To quell opposition IAG made commitments on the future of the airline, promising to maintain the brand, sustain its existing routes, create new jobs and ensure that the airline's lucrative landing slots at London's Heathrow airport would not be sold for seven years.

The deal offers Aer Lingus shareholders 2.55 euros ($2.78) a share - 2.50 euros plus a 0.05 euros dividend - valuing the airline at 1.36 billion euros. IAG, owner of flag carriers British Airways and Spain's Iberia, will now have to issue a formal offer, while the matter is discussed in parliament on Wednesday.

A vote will be necessary before Dublin can complete the sale. Donohue said up to 635 new net jobs would be created at Aer Lingus by 2020 and that the 335 million euros it would receive would go to a fund to improve transport infrastructure in Ireland.

IAG will also require the support of Irish airline Ryanair, which is the largest shareholder, with a 29.8 percent holding.

Ryanair spokesman Robin Kiely told Agence France-Presse its board "will consider any offer on its merits, if and when an offer is made." IAG said in a statement the acquisition had a "compelling and financial rationale" for the group.

"Aer Lingus, Ireland and IAG would all benefit from this deal," IAG CEO Willie Walsh said in a statement.

The announcement follows an independent report presented to the Irish cabinet on Tuesday morning, understood to be strongly in favor of the sale. The British Irish Chamber of Commerce, which represents hundreds of businesses in both countries, voiced support for the sale, saying that it would support trade links between the two countries.

"This sale will unlock the potential for Dublin to become a European hub," said its Director-General John McGrane. But unions reiterated their fears about job losses and deteriorating working conditions after restructuring, saying they would oppose the sale if their concerns were not addressed.

Ireland's largest public sector trade union IMPACT said the takeover would be "bad for jobs, for Aer Lingus workers and for Ireland's connectivity and economic development."

"The interests of IAG shareholders will always trump the interests of the Irish economy and the Irish travelling public," the statement said. The leader of the opposition Sinn Fein party, Gerry Adams, said earlier on Tuesday that IAG's concessions would be "merely a stay of execution" on the airline's valuable Heathrow slots.

"Losing these vital routes in six months, five years or later is still very bad for Aer Lingus, bad for the economy and bad for Ireland," Adams said. The European Commission will also have to assess the takeover on competition grounds.
RELATED TOPICS