FAO: World food prices in May lowest since 2009 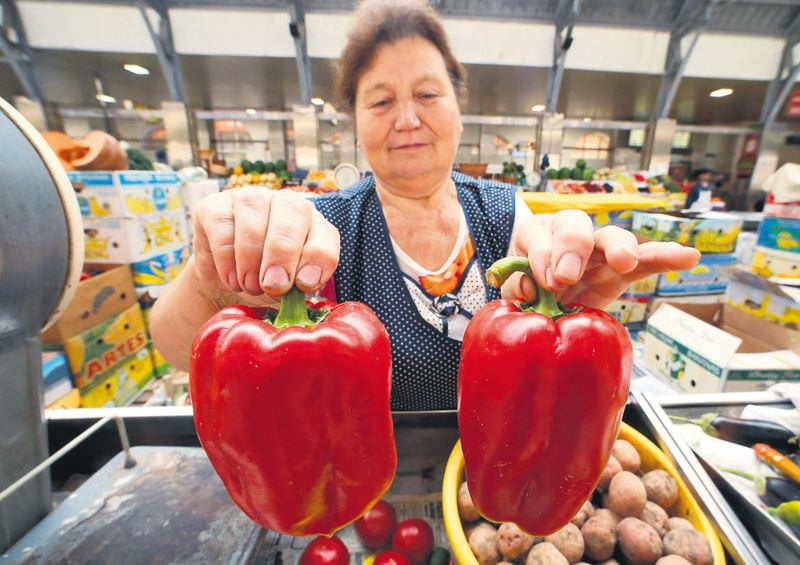 by Jun 05, 2015 12:00 am
Global food prices in May fell to their lowest since September 2009 with declines in cereals, dairy and meat products outweighing slight increases in oils and sugar, the United Nations' food agency said yesterday. The Food and Agriculture Organization's (FAO) food price index, which measures monthly changes for a basket of cereals, oilseeds, dairy, meat and sugar, averaged 166.8 points in May, down 2.4 points or 1.4 percent from April, and down 46 points or 22.4 percent from a year earlier.

High global production, a strong U.S. dollar and cheaper crude oil have pressured food prices over the past year, with the index declining since April 2014. Oil and sugar prices bucked the trend. Palm oil rose on concerns about the possible effects of the El Nino weather pattern in Southeast Asia, and soy oil firmed on higher demand, particularly in China, the FAO said. Sugar posted its first significant rebound since October, it added, due to a slow start to the crushing season in Brazil. The FAO forecast world cereal production would hit 2.524 billion tons in 2015-16, compared with the previous year's record harvest. In April, the FAO forecast annual output of 2.509 billion tons. The higher cereal forecast is mainly due to larger-than-expected harvests in Africa and North America, but 2015-16 output is still expected to be 1 percent lower than the prior year. Cereals stocks at the end of the 2015-16 season are forecast to reach 634.3 million tonnes, compared with 646.5 million tons in 2014-15. World wheat output is expected to reach 723.4 million tonnes, more than April's forecast of 719.1 million tonnes.