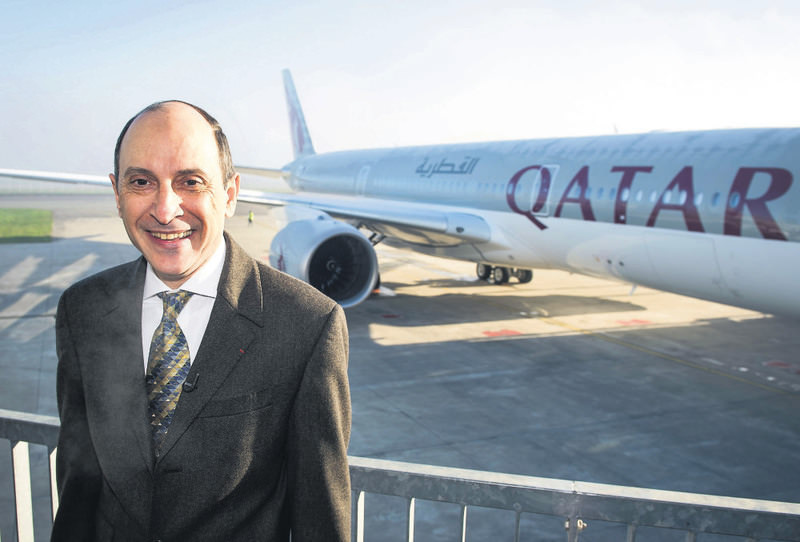 by Jun 09, 2015 12:00 am
Qatar Airways Chief Executive Officer Akbar Al Baker on Monday asked a meeting of the aviation industry's largest trade group to reiterate its support of free and open market access, saying protectionism could lead to retaliation.

The plea comes as US airlines are trying to persuade their government to alter the "Open Skies" agreements it has with the United Arab Emirates and Qatar.

The U.S. carriers accuse those two Gulf states of giving more than $40 billion in subsidies to their airlines, distorting competition. Emirates, Etihad Airways and Qatar Airways deny the subsidy claims.

"Any rollback of liberal market access and Open Skies policies will reverberate across the whole world and will lead to retaliatory protectionism affecting all aspects of trade," Al Baker said at the International Air Transport Association (IATA) annual meeting in Miami. Following Al Baker's comments, IATA director general Tony Tyler said that the body was in favor of liberalization. IATA has said it has no mandate to formally act on the issue. "IATA and its members are fully in favor of growing liberalization, free and fair competition, that's the policy of members and policy of IATA," Tyler said in response to questions from journalists.

Doug Parker, the chief executive of American Airlines Group Inc, said that while his carrier enjoys "nice market relationships" with Qatar and Etihad, "that's separate from the public policy issue that we're pursuing with the U.S. government."

Global cargo carrier FedEx Corp, Emirates codeshare partner JetBlue Airways Corp and others have also stood up for Open Skies agreements, voicing concern that "protectionist" changes would hurt their profits and set a bad precedent for the industry.

Lufthansa on Sunday said there had to be fair and open competition.