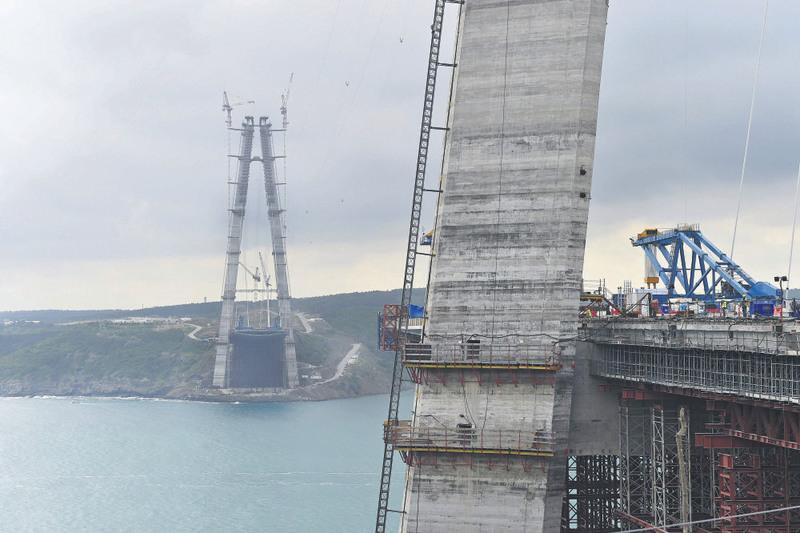 The report also suggested that Turkey is home to the five largest public-private partnership joint investment projects in Europe and Central Asia, underlining that Turkey achieved the second-highest investment volume with 17 new projects. The major reforms that were conducted by the government in 2008 continue to have an impact on the country's energy investments, the report said. According to the report, three large-scale privatizations have been conducted in Turkey: $4.3 billion for the Kemerköy and Yeniköy thermal power plants, $1.1 billion for the Yatağan thermal power plant and $350 million for the Çatalağzı thermal power plant. Additionally, transportation projects such as Istanbul's third Bosphorus bridge, worth $2.9 billion, and the Port of Istanbul project, worth $1.1 billion, further increased Turkey's investments. It was also noted in the report that developing countries' investments in public-private partnerships in 2014 soared by 6 percent compared to the previous year to reach $107.5 billion.

Brazil topped the list with $44.2 billion, and was followed by Turkey, Peru, Colombia and India with $12.5 billion, $8.1 billion, $7 billion and $6.2 billion, respectively. The value of the public-private partnership projects in these five countries constituted 73 percent of the total infrastructural investments of 139 developing countries.
Last Update: Jun 11, 2015 12:46 am
RELATED TOPICS