Rupert Murdoch prepares to step down as 21st Century Fox CEO, hand the job to his son 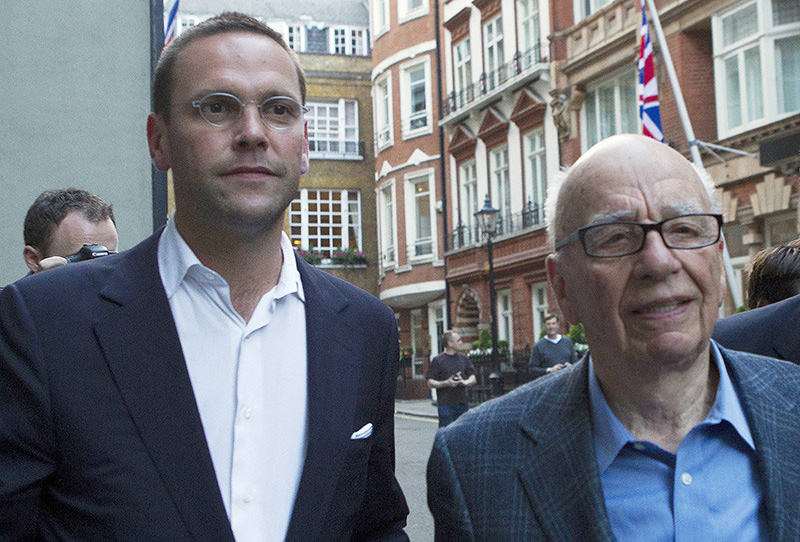 News International Chairman, James Murdoch (L) and his father Rupert leave the Stafford Hotel in central London in this July 10, 2011 (Reuters Photo)
by Jun 11, 2015 12:00 am
Rupert Murdoch is preparing to step down as chief executive of the media-entertainment conglomerate 21st Century Fox and hand the job to his son James, CNBC television reported Thursday.

The report, citing "numerous sources close to the Murdoch family," said the 84-year-old tycoon would remain executive chairman of the group with his other son Lachlan as co-chairman in the move this year or in early 2016.

The company did not immediately respond to an AFP query on the report.

The report said James Murdoch, 42, would take over day to day management at Fox, working "in tandem with his 43-year-old brother Lachlan and his father."

The company -- which includes the Fox Hollywood studios and television entities -- was created two years ago when Murdoch broke off the struggling publishing operations of his News Corp. empire from the faster-growing media and entertainment operations.

He and his family remained in control of both companies after the split. The Australian-born Murdoch is executive chairman at News Corp. with his son Lachlan listed as co-chairman.