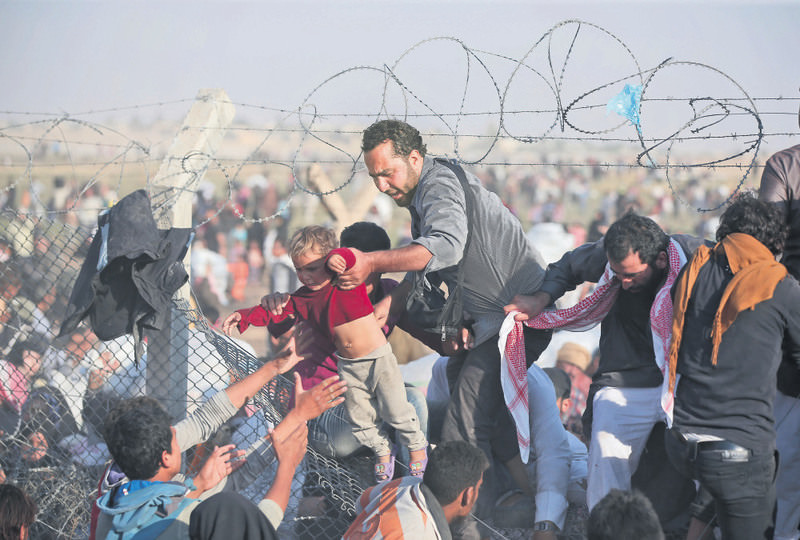 by Jun 17, 2015 12:00 am
The cost of violence around the world reached a record $14.3 trillion in 2014, equivalent to the combined economies of Brazil, Canada, France, Germany, Spain and the United Kingdom, a global security report said on Wednesday. The divide between the most and least peaceful regions deepened with many Middle Eastern and African countries sinking further into violence, according to research by the Australia-based Institute for Economics and Peace (IEP).

Syria ranked as the least peaceful country in the 2015 Global Peace Index, while Libya saw the most severe deterioration. Iceland remained the most peaceful.

The cost of supporting refugees and internally displaced people (IDPs) has increased by 267 percent since 2008 to $128 billion as the numbers of uprooted people topped 50 million - the highest level since World War Two. However, it is expenses related to the military, police forces and dealing with homicides that

have had the highest impact on costs, accounting for more than 68 percent of the total, said the study. Despite conflict in the Ukraine, Europe continues to experience historic levels of peace, with a decrease in homicide rates and the withdrawal of forces from Iraq and Afghanistan. But Iraq, Syria, Nigeria, South Sudan and Central African Republic have all become more violent than a year ago, according to the index of 162 states.

The intensity of conflict has increased dramatically, said the study, with the number of people killed rising to 180,000 in 2014 from 49,000 in 2010. Middle East and Northern Africa are the world's most violent regions overtaking South Asia.

"With the changing dynamics within the region it's very hard to know what the solutions are and to make predictions for the next year," said Killelea.

The study shows Guinea-Bissau, Ivory Coast, Egypt and Benin have seen the biggest improvements in peace.