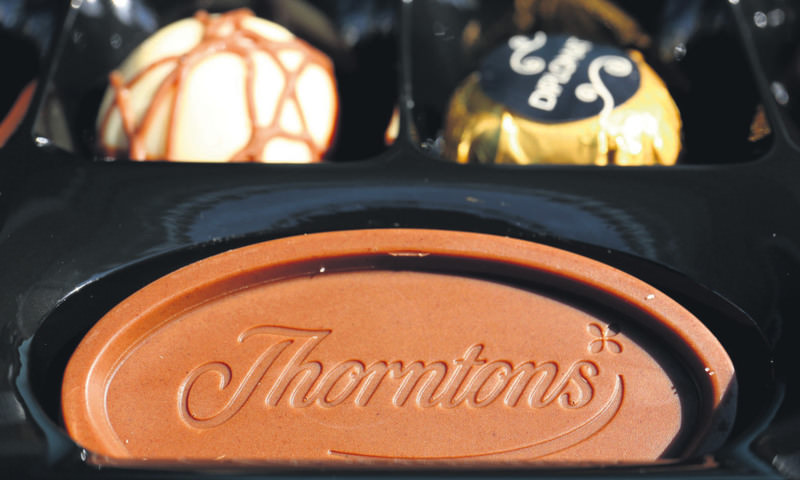 by Jun 22, 2015 12:00 am
Ferrero, the maker of Nutella spread, has offered to buy British chocolate company Thorntons Plc for 112 million pounds ($178 million), a rare acquisition by the Italian group. The deal, backed by the board of Thorntons, brings together two of Europe's best-known chocolate makers. It marks the first move by the maker of Ferrero Rocher pralines since the death of

its patriarch Michele Ferrero earlier this year. Ferrero's death rekindled speculation about a possible takeover of the company by larger rivals such as Mondelez International, Nestle, Mars and Hershey. However, the company has repeatedly excluded the possibility of a sale, while Chief Executive Giovanni Ferrero said it would consider growing through acquisitions to gain critical mass and be more competitive internationally. The company, a familiar name in Britain, has been struggling in recent months after an unexpected cut in orders from two of its grocery partners and warehousing problems at its UK commercial business. Its chief executive said last month that he was stepping down.

Thorntons directors said the all-cash offer was "fair and reasonable" and said they intended to unanimously recommended that shareholders accept the offer. Ferrero already owns 29.9 percent of Thorntons after buying stakes from top shareholder Crystal Amber and former chairman John von Spreckelsen, as well as part of the holding of Hotchkis & Wiley, the companies said in a joint statement. Ferrero said that if the offer was successful it would conduct a strategic and operational review of Thorntons' business and operations to identify synergies. Thorntons started as a family-run business when Joseph William Thornton opened his first store in the northern English city of Sheffield in 1911. For many years, the company grew by selling "luxury" chocolates alongside cheaper toffee, but eventually came under pressure from increased competition on the high street.