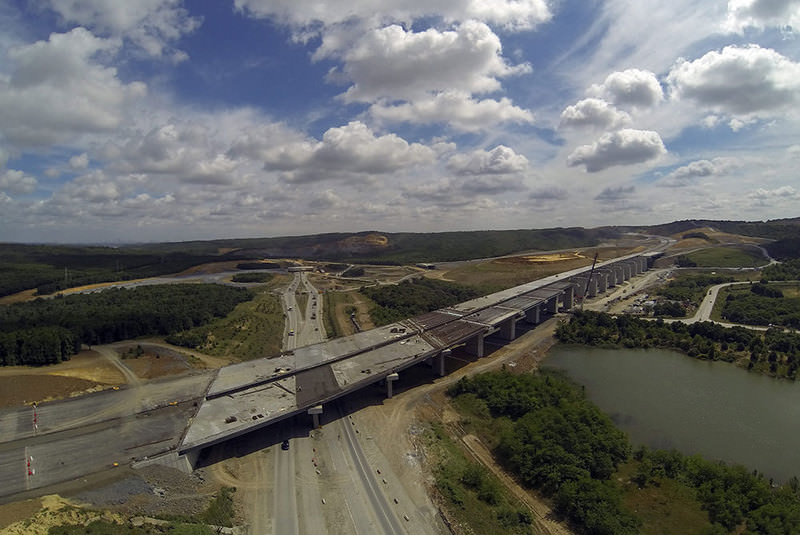 by Daily Sabah Jun 24, 2015 12:00 am
The tender regarding road construction as part of the Northern Marmara Highway project, which includes the third Bosporus Bridge, has been postponed for the third time.

According to the announcement published by the General Directorate of Highways on the Official Gazette, the tender date for the Northern Marmara Highway project's Kurtköy-Akyazı and Kınalı-Odayeri segments has been revised, as additional time is needed to prepare offers after the requests are evaluated. These segments will link the bridge with Turkey's current road network, while providing a third alternative for Turkey's clogged cross-continental traffic.

Construction work is ongoing on the bridge as well as the segment between Kurtköy on Istanbul's Asian side and Odayeri on the city's European side, which will serve as Istanbul's third ring road.

The tenders were announced on March 6, but they were initially postponed to May 6 and then to June 30.