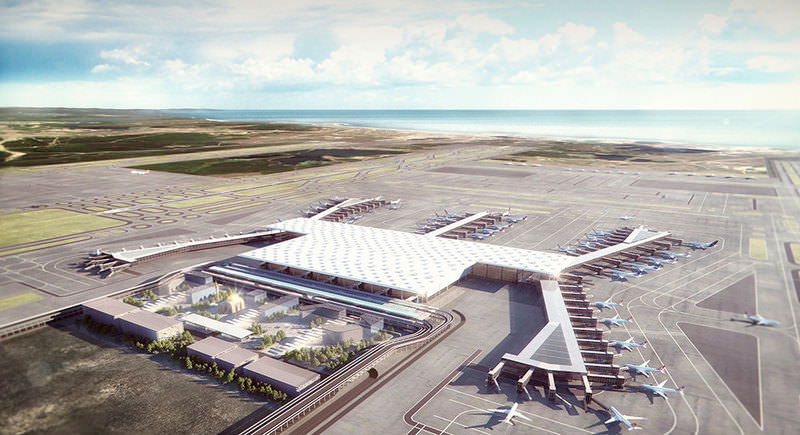 by Daily Sabah with IHA Jul 04, 2015 12:00 am
Construction of the terminal building of Istanbul's third airport has started, Turkey's General Directorate of State Airports Authority head Serdar Hüseyin Yıldırım said late Friday in a meeting with journalists in Istanbul.

General Director Yıldırım dismissed the allegations that construction of the third airport is halted, and stated that only urgent expropriation decision for the lands falling into east-west axis landing strip has been overruled by Turkey's top administrative court Council of State.

Yıldırım noted that through the decision of the Council of State, a perception campaign has been launched in the media as if the whole project was halted.

The first plane will land in the first quarter of 2018, Yıldırım said, and construction works are currently ongoing in in line with with the schedule.

When all phases are completed, Istanbul's third airport will be the world's largest airport with an annual capacity of 150 million passengers.

Yıldırım dismissed the allegations that newly-inaugurated Ordu-Giresun Airport lacks necessary equipment that enables landing in rough weather conditions, adding that as the airport was built in reclaimed land in Black Sea, it is subject to heavy fog that disables visibility of the landing strip from time to time. A total of 27,071 passengers used the airport in May and June and this number will increase to 160,000 by the end of the year, Yıldırım said.

Yıldırım added that 140,000 passengers are expected to use Hakkari Yüksekova Airport which opened to service in May, and 10,783 passengers have used the airport so far.