President Erdoğan in China and Indonesia for 3 days 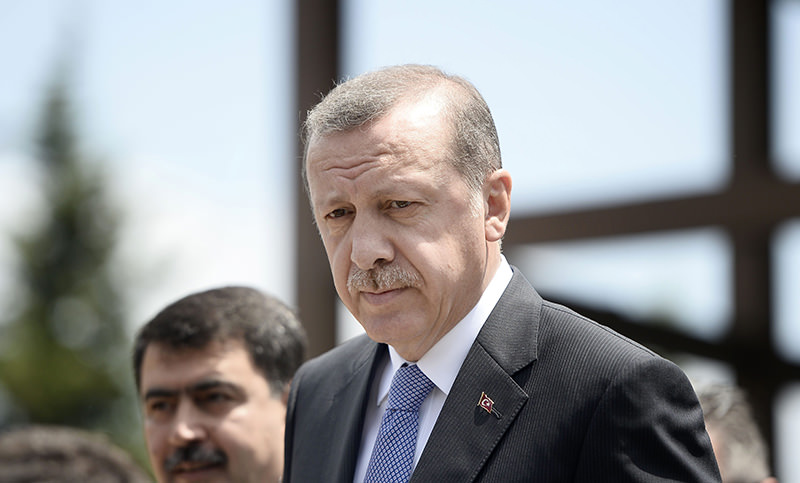 by Daily Sabah Jul 27, 2015 12:00 am
President Recep Tayyip Erdoğan will be traveling to China on Tuesday for a three-day visit including an official visit to Indonesia accompanied by 100 members from the business community. Talks are expected to focus on bilateral trade relations along with the Uighur issue and a possible partnership on Turkey's first anti-missile system.

NATO member Turkey entered discussions in 2013 with the China Precision Machinery Export-Import Corporation (CPMIEC) for its first anti-missile system and chose the company as a preferred bidder with a contract worth $3.4 billion in 2013. The agreement, however, is not signed yet between the two parties and the future of the deal is a matter of debate.

Erdoğan had previously said some news published in the Turkish media about Chinese government oppression of Uighurs is either exaggerated or fabricated. He spoke of the outrage leading to incidents around Turkey caused by the reporting of China's repressive policies on Uighurs in the northwestern Xinjiang Uighur Autonomous Region, also known as East Turkestan, and said that it is exaggerated by false news stories and posts on social media.

Erdoğan said: "I want to point out that many of those pictures are exaggerated and false. I also find it noteworthy that these provocations came just before my official trip to China on June 28. We have many cognates all over the world. Whatever problems they face concern us as well.

More than 100 members of the Turkish Foreign Economic Relations Board (DEİK) from different business fields, such as energy, finance, construction, mining, logistics, defense, textile, chemistry and electronics, will be present during President Erdoğan's China and Indonesia visits. These economy-focused visits, which have been organized with two big economies in the G-20 from the Asia-Pacific region that has become the center of growth and investment in the global economy, will make a huge contribution to Turkey's expansion in the region.

In this context, the Turkey-China Business Forum will be held on July 30 in Beijing with the attendance of President Erdoğan, Chinese President Xi Jinping, Economy Minister Nihat Zeybekci and Chinese Trade Minister Gao Hucheng. Additionally, nearly 400 businessmen from the Turkish and Chinese private sector will participate in the forum.
Last Update: Jul 27, 2015 10:17 pm
RELATED TOPICS