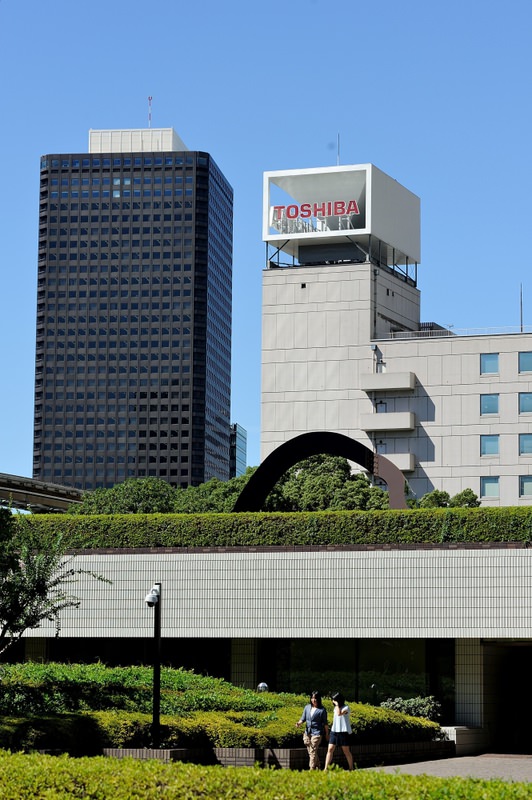 Toshiba's billion-dollar accounting scandal has shined a light on a corporate culture in Japan still beset by collusion in its senior ranks, unquestioning employees and poor external controls, experts say

The vast 140-year-old conglomerate was hammered this week by embarrassing revelations that top executives pressured underlings to inflate profits by about $1.2 billion since the 2008 global financial crisis.

An independent report, which found senior managers complicit in the affair, pointed to the rigid system that powered Japan's post-war boom - lifetime employment in exchange for complete loyalty to the company.

"If you look at management, you generally find people over 50 who have spent their career at the company, climbing up through the ranks," said Keio University guest lecturer Takeshi Natsuno, a former executive at mobile giant NTT Docomo.

"For 30 years they all ate from the same bowl. Everyone knows it isn't good but so far nothing has changed."

It was not supposed to be that way at Toshiba, which was hailed as one of the early leaders in changing Japan's clubby boardroom culture.

The vast firm, which had sales of $54 billion last fiscal year, hired outside directors and adopted a 16-member board a decade ago, among other changes, to "enhance management efficiency and improve transparency." But the scathing report, commissioned by the company after financial regulators questioned Toshiba's books earlier this year, found a litany of problems, including a pair of former diplomats on its audit committee who were not up to the task.

Japanese firms are peppered with former bureaucrats given plum jobs in the industries that they once oversaw, despite many having few relevant skills or the incentive to question management.

"Only one of the three external directors on the audit committee is well-versed in financial matters, in a company that we now see had succumbed to the Japanese tendency to not question orders from above," said Nicholas Benes, head of the non-profit Board Director Training Institute of Japan.

Benes was a key player behind Japan's long-awaited corporate governance code, which came into effect less than two months ago. It was hailed as a way to boost trust with foreign investors and avoid scandals such as the $1.7 billion accounting fraud at camera giant Olympus several years ago, one of Japan's worst ever.

Toshiba, whose shares dived after the problems came to light, remains on a 400-member index that highlights firms with the best return on equity and other shareholder-friendly criteria.

"It is outrageous that a major company that represents Japan repeatedly padded its profits on a corporate-wide basis," the top-selling Yomiuri newspaper said in an editorial. About half of Toshiba's board resigned Tuesday with President Hisao Tanaka and Vice Chairman Norio Sasaki - also a former president - the most senior to quit their posts.

Headed by a former Tokyo prosecutor, the investigating panel described a corporate culture where underlings could not challenge powerful bosses intent on boosting profits at almost any cost.

While the scandals at Enron and WorldCom in the United States are reminders that accounting fraud is not just a Japanese problem, the country's corporate traditions enabled the years-long scheme at Toshiba, observers said.
Last Update: Jul 27, 2015 2:04 am
RELATED TOPICS