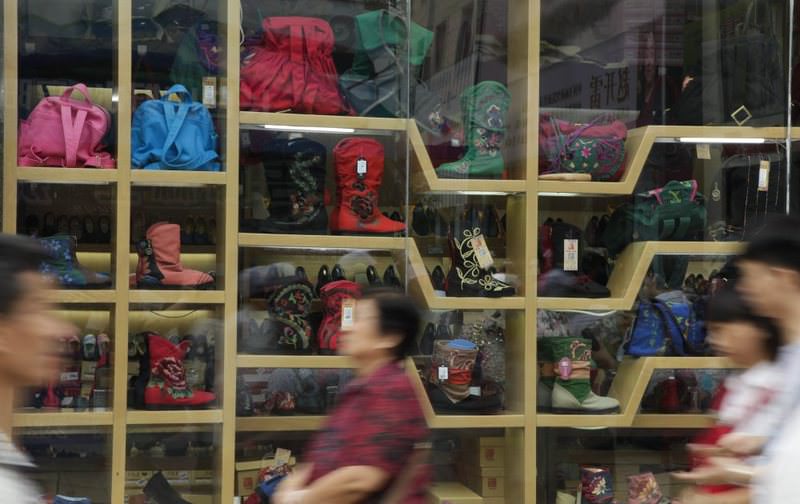 by Aug 04, 2015 12:00 am
China's factory activity shrank more than initially estimated in July, contracting the most in two years as new orders fell and dashing hopes that the world's second-largest economy may be steadying, a private survey showed yesterday. The report followed a downbeat official survey on Saturday which showed growth at manufacturing firms unexpectedly stalled, reinforcing views that the struggling economy needs more stimulus even as it faces fresh risks from a stock market slump. Fears of a full-blown market crash have added a new sense of urgency for policymakers in Beijing, with many analysts expecting more support measures to be rolled out within weeks. The final, private Caixin/Markit China Manufacturing Purchasing Managers' Index (PMI) dropped to 47.8 in July, the lowest since July 2013, from 49.4 in June. That was worse than a preliminary reading of 48.2 and marked the fifth straight month of contraction. New orders contracted after growing in June, while factory output shrank for the third consecutive month to hit a trough of 47.1, a level not seen in more than 3-1/2 years. Deteriorating conditions forced companies to cut staffing for the 21st straight month, and factories had to reduce selling prices to a six-month low due to increasing competition. Yet some economists warned against reading too much into the gloomy July data, arguing that the factory weakness may be transitory. For one, summer storms in the manufacturing hubs of Zhejiang and Guangdong may have dented output, they said. And while companies that had invested in the stock market were shaken by the rout, history has shown that falling share prices don't affect real spending in China, they said. "When stocks were rising rapidly, consumption did not pick up," said Julian Evans-Pritchard at Capital Economics, citing China's recent equity rally and that in 2007/08. Instead, China's retail spending grew faster after share prices slumped in 2007/08, he said. "The wealth effect is not evident in China." While soft global demand could continue to weigh on China's exports, market watchers like Evans-Pritchard believe increased government infrastructure spending and further policy easing should support domestic consumption in coming months, ensuring the economy meets the government's 7-percent growth target for the year.

The official factory Purchasing Managers' Index (PMI) was also weaker than expected, falling to 50.0 in July from June's tepid growth reading of 50.2. The official survey focuses more on larger firms, which will likely benefit more from big infrastructure projects than smaller companies. While growth in the services sector picked up slightly, offsetting some of the drag from persistent factory weakness, services companies rang alarm bells, too, reporting that new orders were cooling and they were cutting jobs at a faster pace.