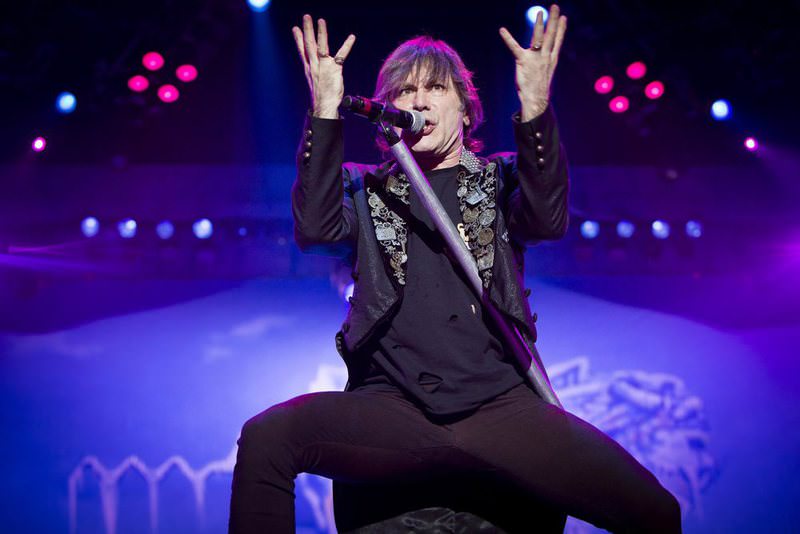 by Aug 06, 2015 12:00 am
The Horn of Africa nation of Djibouti has relaunched its national airline - a company managed by Iron Maiden lead singer Bruce Dickinson, officials said Tuesday.

Air Djibouti, which went bankrupt in 2002, recommenced flights on Monday with a cargo plane carrying six tons from Djibouti to Somalia, to Hargeisa, the capital of self-declared Somaliland.

"This is the link in the chain that was missing from Djibouti," said Abubaker Omar Hadi, chairman of Djibouti Ports and Free Zones Authority, who said he hoped the airline will help ferry cargo onwards from Djibouti's key sea port. "We need a national company to ensure our ambitions."

The airline is backed by British company Cardiff Aviation, whose chairman is Dickinson, a Boeing 757 and 737 pilot and instructor, and who is also the lead vocalist of the heavy metal band Iron Maiden.

He used to pilot the British band's plane during their world tours.

Dickinson's company - based in Cardiff in Wales - signed a deal in May to provide airline support to the carrier, including management, maintenance and staff training.

In May, Dickinson said that "Djibouti is uniquely placed to provide a hub for investment from Europe, the Middle East and Asia into Africa," and that his company would "bring a wealth of industry expertise and capability to one of the most exciting aviation markets in the world."

Djibouti - which hosts several foreign military bases, including those of the United States, France and Japan - aims to become a regional hub for air cargo transport, to forward sea cargo arriving in its port.

Cardiff Aviation said Air Djibouti had asked for its support in developing its key markets, which it said were "based on the needs of landlocked neighboring countries, governmental aid programs around Africa, the support of military installations currently based in Djibouti, and the need to deliver passengers to major international business hubs."

The strategic port is in a key position on one of the world's busiest shipping lanes, the gateway to the Suez canal, and offers an African base across from the Arabian Peninsula at the crossroads for cargo traffic between Asia and Europe.

"Between Shanghai and Abuja [Nigeria], the transport of a container can take up to 75 days," Hadi added. "With the sea-air transport Djibouti, this is reduced to 20 days. This is much cheaper than any air and much faster than any sea route."

The tiny country of around 850,000 people has bold ambitions to become the commercial hub of eastern Africa, building on its role as the main port for landlocked Ethiopia, Africa's second most populous country.

Other flights are scheduled next week to the Somali capital Mogadishu, to South Sudan's capital Juba and the Kenyan capital Nairobi.

Currently with only one aircraft, the company is due to take delivery of five aircraft later this year, including a Boeing 767, 737 and 757.

It is planned to begin passenger flights in November with connections to Paris, London, Dubai and Mumbai.
RELATED TOPICS