Turkish Cyprus water pipeline project to be completed on Friday 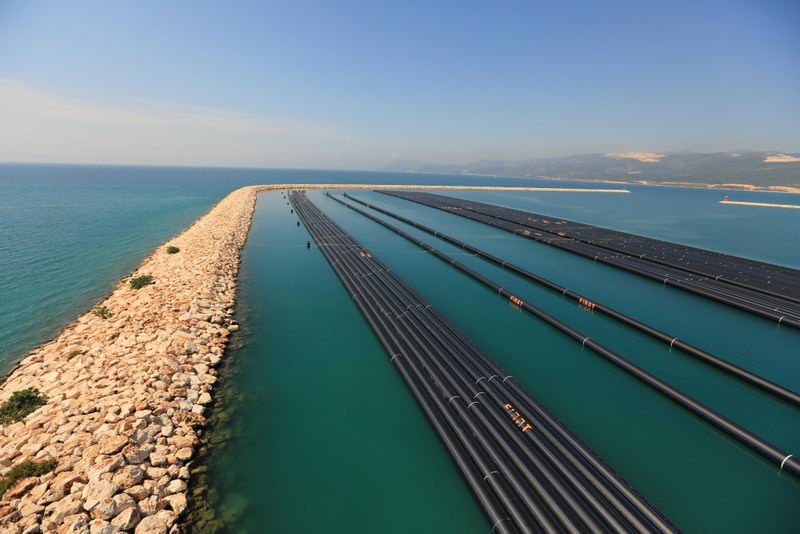 Officials from the Forest and Water Affairs Ministry shared the technical details of the project. They said a special technique was used in the project since the pressure level at the bottom of sea made it impossible to transport water via pipelines. Officials noted that the water will be transported by 80 kilometers of pipelines with suspenders installed 250 meters below the sea's surface, not at the bottom of the sea. Emphasizing that 80,655-meter-long pipes and 132 water gages were produced for the project, officials noted that the diameter of each polyethylene pipeline is 1.6 meter and monolithic length is 500 meters, while its weight is between 148 tons and 183 tons depending on the pressure class. They also underlined that possible damages can be detected beforehand and responded to in time thanks to the transmitters and censors, which will be installed on the pipelines.
RELATED TOPICS