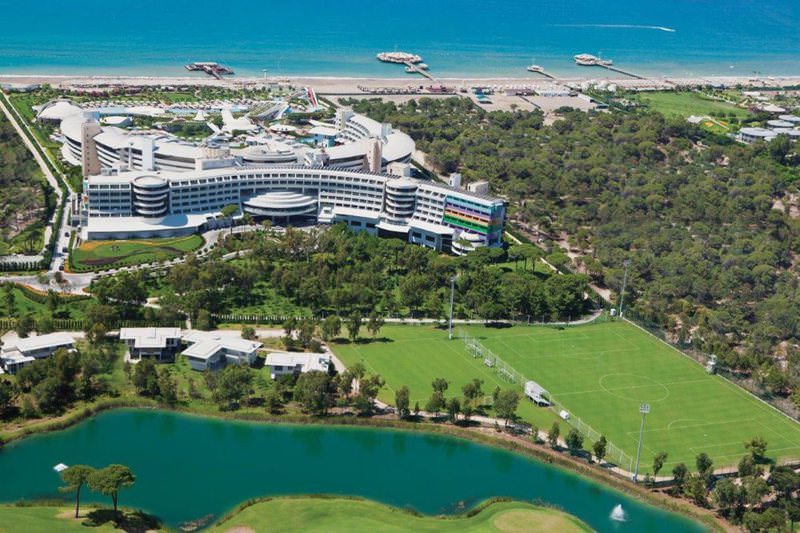 Antalya is getting ready for the G20 Leaders' Summit, which will be held in November with the participation of leaders of the world's 20 major economies who will stay in 24 hotels employing 15,000 extra people in a special area

A special area has been formed for the G20 Leaders' Summit, which will be held in Antalya in November. Twenty-four hotels will host the summit and the G20 will provide employment for 15,000 people.

The G20 is a forum for governments and central bank governors from the world's 20 major economies whose membership comprises a mix of the world's largest advanced and emerging economies representing about two-thirds of the world's population, 85 percent of the world's gross domestic product (GDP) and over 75 percent of global trade. Turkey took over the rotating presidency at the beginning of the year from Australia, and the G20 Leaders' Summit, which is held once a year, will be held in Antalya on the Mediterranean.

Antalya, which has recently turned into a diplomacy center and hosted the NATO Foreign Minister Meeting on May 13-14, is preparing to host the G20 Leaders Summit in November. Hasan Sevilir, chairman of the G20 Leaders Summit Logistic Task Force, met with representatives of the related institutions under the presidency of Antalya Governor Muammer Türker, mostly discussing security issues. In Antalya, which hosted representatives from 52 countries and international organizations during the NATO meeting, a special area was formed for the G20 Leaders Summit. Only three out of five locations in Belek will be used for the summit and 24 hotels located in the Üçumtepesi, Taşlıburun and İskele districts where the summit will be held will provide services with a nearly 13,000 room capacity.

In addition to the 10,000 people who are currently working in the hotels in the designated area, 15,000 more people will be employed for the summit. The hotel that will host the summit will also have a substitute hotel. In Belek, which is one of the leading locations in Europe in terms of golf tourism, six hotels will provide services for the leaders who play golf. Security levels will be formed in the special area in cooperation with the Foreign Ministry. One area will be only open use by leaders and foreign committees. Besides this area, which only accredited people can enter, 16 hotels will be used for the subsidiary bodies of the G20, such as the W20 (Women Group) and the Y20 (Youth Group). Entrance and exit between areas will be under strict control. Control standards will be determined by the Foreign Ministry and the G20 Secretariat.

While it is expected that a committee of 1,000 people from the U.S. will attend the summit, other countries have started to make bilateral agreements with hotel managements. Countries will inform the Foreign Ministry about the hotel they will be staying in and the number of people in their committee. The ministry will provide information about the hotels and present three alternatives for each country. Eventually, each country will form an agreement with the hotel management.