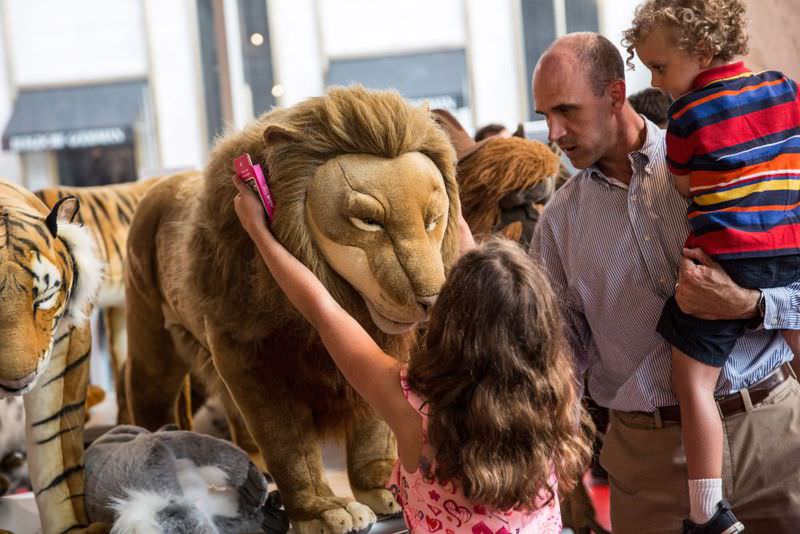 by Uğur Becerikli Aug 11, 2015 12:00 am
The Science, Industry and Technology Ministry has begun focusing on toys by making the toy sector one of its top priorities, based on the sector's $135 billion global trade volume last year.

Last week, the ministry took the first steps toward establishing a Specialized Organized Industrial Zone for Toys, which is included in the 2015-2018 Industrial Strategy Document, with the objective of developing and branding the domestic toy industry over the next two years. Considering that the annual spending per child is estimated to reach more than $50 in Turkey in the next five years, the ministry aims to turn Turkey's toy sector into a giant market. The project also aims to protect children's health by preventing access to carcinogenic substances in under-the-counter toys and unlicensed toys that are imported particularly from the Far East. When the project is completed, toys that are produced in a reliable way in the new industrial zone in line with the regulations of the Health Ministry will reflect the national culture and civilization. The industrial zone will also include a design center that will be supported by research and development (R&D) facilities.

China, which exports $39 billion worth of toys, is responsible for 62 percent of overall toy exports in the world, while the U.S. realized 39 percent of total toy imports in the world. Approximately 24.2 percent of Turkey's population, which corresponds to 19 million peope, is under the age of 14. This figure is 14 percent, 14.7 percent, 18 percent and 18.5 percent in Italy, Germany, the U.K. and France, respectively. The toy sector grew three to five times more than other sectors and its share in the economy is growing as well, with trade volume in the sector expected to exceed $1 billion. In 2013, Germany spent 286 euros per child on a yearly basis. Until five years ago, some $25 was spent annually on children and this figure grows with every passing day.

The growth in the toy sector also paves the way for more employment, and the sector currently employs around 3,000 people. It also has a positive impact on technological development. A total of 194 applications were made for 194 domestic patents and utility models in Turkey over the past 10 years. The number of applications for patents and utility models for toys numbered only three in 2002, but this reached 27 in 2014.
RELATED TOPICS