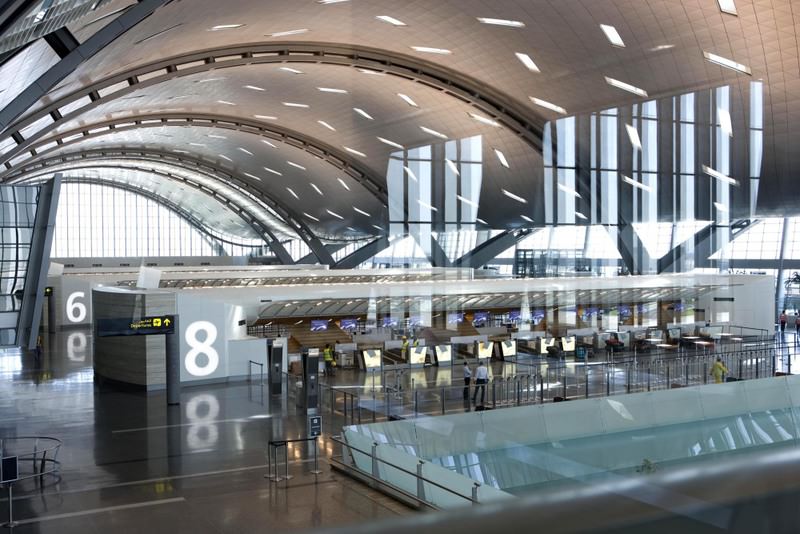 by Daily Sabah Aug 11, 2015 12:00 am
Qatar's Hamad International Airport (HIA) served a record 28 million passengers in its first year of operations, recording a 23.6 percent year-on-year increase from the number served in its previous hub at Doha International Airport (DIA). From June 2014 to May 2015, HIA saw 28,047,750 passengers arriving, departing and transferring through the airport, The Peninsula reported. It is a significant increase from the 22.6 million passengers who travelled through the previous hub, DIA. The new airport also handled more than 1 million metric tons of cargo in its first year, demonstrating a 12 percent increase compared to the previous hub.

Furthermore, HIA recorded an 11.4 percent increase in the number of handled aircraft, which now stands at 193,173, accommodating 36 airlines.

Since commencing operations on May 27, 2014, HIA has won numerous industry accolades - six Skytrax 2015 awards at Skytrax Airport Award ceremony at Passenger Terminal Expo 2015 in Paris, and the "Strategic Project of the Year" award at 2015 Global Projects of the Year awards ceremony organized by CG/LA Infrastructure.

It also performed well in the surveys by Airport Service Quality in Q1 2015, which includes being ranked first in the Middle East for Cleanliness of Airport Terminal, Speedy Baggage Delivery and Comfort of Waiting Areas.

"We owe our accomplishments to our focus on customer satisfaction. We put the customer at the heart of everything we do," Badr Mohammed Al Meer, CEO at HIA, said. "With this in mind, we have invested in a bespoke research program to get to know our passengers and their needs. We not only offer passenger services, we also offer an overall passenger experience.

"Our future development strategy will focus on increased capacity and additional facilities. "The development of our core aviation facilities is based on forecasts of passengers, aircraft growth figures and KPIs relating to service levels, which will dictate our development plan. "We have also created processes and management structures to manage and deliver our multi-million-dollar future investment programs strategically."
RELATED TOPICS