Berkshire Hathaway buying Precision Castparts for about $32B 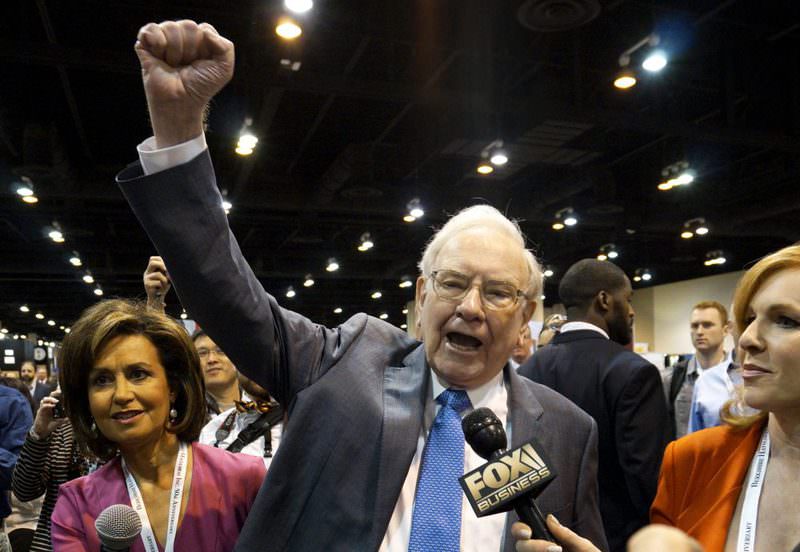 by Associated Press Aug 12, 2015 12:00 am
Warren Buffett's biggest acquisition yet a $32.36 billion buyout of Precision Castparts will further change the complexion of Berkshire Hathaway and increase the conglomerate's reliance on industrial companies. The deal announced Monday to acquire the aerospace and industrial company adds to a string of manufacturing acquisitions Berkshire completed in recent years outside of the insurance industry that fueled its growth. The Omaha-based conglomerate already owned an eclectic mix of more than 80 subsidiaries.

With a company that size, Buffett needs to strike big deals to meaningfully improve profits at Berkshire. As of June 30, the company had $66.6 billion in cash on hand. The universe of big companies that fit Buffett's criteria tend to be manufacturing or industrial firms.

And the 84-year-old Buffett wants to give Berkshire the strongest foundation possible for his investors and whoever eventually succeeds him. "I think he's setting things up for the future and he doesn't want anything terribly risky," said Andy Kilpatrick, the investor who wrote "Of Permanent Value: The Story of Warren Buffett." Precision Castparts, based in Portland, Oregon, makes components for aircraft, power plants and other industrial uses. It has been hit hard by tumbling crude and natural gas prices, but it appears to have strong long-term prospects. Buffet told CNBC that he would have bought the company even if he knew that commodities were in the midst of a multiyear slump. "We're going to be in this business for 100 years, so it doesn't really make any difference what oil and gas does in the next year," said Buffett, whose company already held 4.2 million shares, or about 3 percent, of Precision Castparts' stock. George Morgan, a finance professor at the University of Nebraska at Omaha and a former investment adviser, said Buffett's field of possible investments is limited because of the size he is looking for today. "His selection field is extremely limited," Morgan said. Berkshire's core insurance companies include Geico and General Reinsurance. It also owns BNSF railroad, several major utilities, clothing, furniture, brick, carpet, jewelry and pilot training firms. It also has major investments in such companies as Coca-Cola, IBM and Wells Fargo & Co.

In Berkshire's second quarter, the company generated roughly three-quarters of its $4 billion net income from non-insurance companies. It was an especially weak quarter for Berkshire's insurance units but it illustrates the conglomerate's increasing reliance on manufacturing, utilities and the railroad.

Berkshire agreed to pay $235 per share in cash for Precision Castparts' outstanding stock. Including debt, the deal is valued at about $37.2 billion. Author and investor Jeff Matthews, who wrote "Warren Buffett's Successor: Who It Is and Why It Matters," said this deal continues the evolution of Berkshire, but he doesn't think Buffett is getting a good price on Precision Castparts. "I'm not crazy about buying a cyclical business like this with the stock market at an all-time high," said Matthews, who also holds Berkshire stock. But other analysts said the price appeared fair.