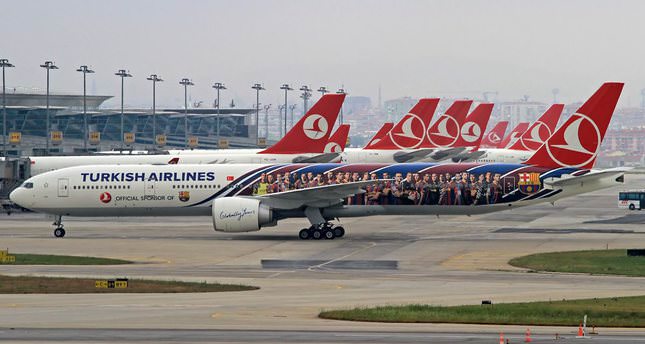 | SABAH Photo
by Daily Sabah Aug 17, 2015 12:00 am
The total number of Turkish Airlines (THY) passengers in the first seven months of the year surpassed 34.4 million, an increase of 10.7 percent compared to the same time period last year, according to stock market data released yesterday.

Revenue passenger kilometers (RPK), while amounting to 60.1 billion in the January-July 2014 period, increased 10.3 percent in the same period of 2015 to reach 66.3 billion. The RPK increased 13 percent for domestic flights and 9.9 percent for international flights.

On Sunday, the company also announced a net profit of TL 1.35 billion ($476 million), despite rising fuel costs and the fall in the value of the lira.