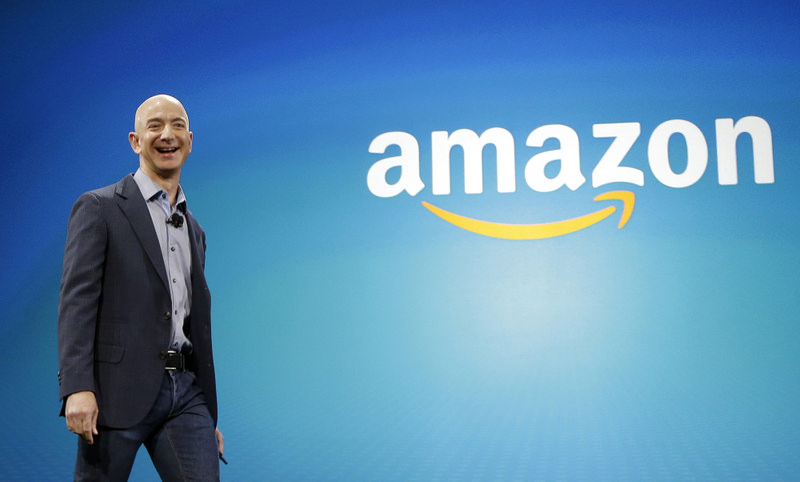 by Associated Press Aug 19, 2015 12:00 am
Amazon isn't the only company that is using data on employees to improve productivity.

A New York Times article over the weekend portrayed Amazon's work culture as "bruising" and "Darwinian" in part because of the way it uses data to manage its staff. The article depicted a work culture where staffers are under constant pressure to deliver strong results on a wide variety of detailed metrics the company monitors in real time such as what gets abandoned in peoples shopping cards and what videos people stream and encouraged to report praise or criticism about colleagues to management to add to more data about workers performance. The story led to an outcry on social media.

Amazon's CEO Jeff Bezos said in a memo to staff on Monday that the article doesn't accurately describe the company culture he knows. But experts say the kind of data-driven staff management Amazon uses is set to become more common as technology continues to transform the American workplace.

"Every company is somewhere in process toward using data to get a better handle on who their top performers are and to understand where people stand," said John Challenger, CEO of outplacement consultancy Challenger, Gray & Christmas, Inc.

Companies, both large and small, have been moving away from traditional human resources reviews that rely on annual performance evaluations. They're moving toward a more data-driven approach with more frequent feedback, check-ins, and other metrics.

Consulting firms Accenture and Deloitte both said this year they would revamp their performance review processes, for example, adopting a more data driven approach that includes more frequent ratings by managers and other internal feedback and data that can be aggregated and analyzed to provide a better portrait of performance than a single rating. In an essay in the Harvard Business Review, Deloitte said the new approach uses "the technology to go from a small data version of our people to a big data version of them."

Tech companies have been even speedier in applying data analytics to staffing. Google, for example, uses data to figure out how to put together optimal-sized teams for projects and figure out what makes effective leaders.

Paul Hamerman, a Forrester analyst who focuses on human resources management and financial applications, says the future may look more like what Glint Inc., based in Redwood City, Calif., is offering clients. The company, with clients including music-streaming site Pandora and marketing automation company Marketo, sends employees what it calls "pulses," or short surveys about how they are feeling and how they feel about their job.

Glint CEO Jim Barnett said the surveys let executives see how the health of their employees and company are faring in real time, in the same speed with which they might be able to check sales results or marketing impressions. Since the "pulses" to company employees recur more frequently than traditional reviews. And their data can be aggregated to give a clearer picture of how employees are faring overall.

"The old mentality was once a year we would check in with an annual survey, have an annual review, set goals," said Barnett. "What we've learned is the world today moves much faster than that."

Another drawback: Relying strictly on numbers can lead to the perception of a cold-hearted workplace. "It's easy to get so hung up on statistics that you miss the value of what that individual brings to the table in terms of personality, connectivity and those intangible pieces," said David Lewis, CEO of HR outsourcing and consulting firm OperationsInc in Norwalk, Conn.

That can lead to a dysfunctional workplace. "If everybody is miserable about what they are doing at work that bleeds over," said Jay Starkman, CEO of Engage PEO.

But in general, performance tracking makes sense, he said: "Companies and jobs should not be family. You can't fire crazy Uncle Jim. Families aren't gauged by performance."

Michael Distefano, chief marketing officer at executive recruitment firm Korn Ferry in Los Angeles, likens the data-driven workplace approach to how data has taken over fitness training. Rather than having your fitness level measured at a checkup or visit to the doctor, it's now available in real time to everyone with a fitness tracker like FitBit or Apple Watch.
RELATED TOPICS